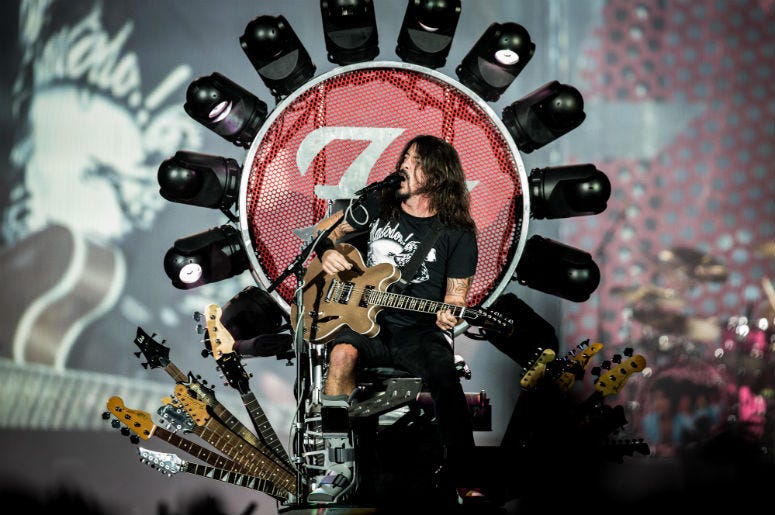 In 2015, Foo Fighters frontman Dave Grohl famously broke his leg after falling off the stage during the band’s Gothenberg, Sweden concert at Ullevi Stadium, earning Grohl some serious street cred for continuing to play—fractured bones and all.

Yesterday, the Foos headed back to the scene of the crime, and Grohl pranked everyone by hiring a body double to fake another stage fall, recreating the Swedish leg breaking incident of 2015.

“Not this time Gothenburg,” says the translated caption. Whew.

In other Foo news, Grohl recently responded to criticism that the band never changes its sound, telling British Airways’ High Life magazine, “I've never felt the need to chase something else. And we get cursed for it: 'Oh God, it's another Foo Fighters record.' Well, yeah! I don't wanna make a reggae record."