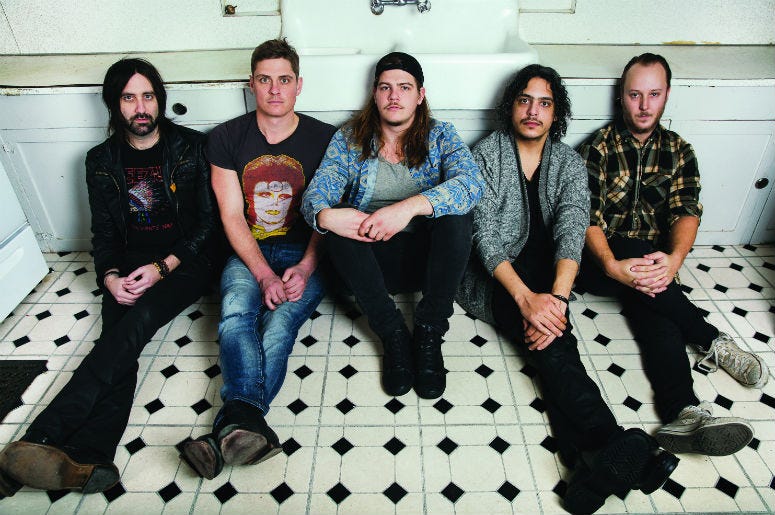 Canadian rockers The Glorious Sons just released their second full-length album, Young Beauties & Fools, and it makes up one incredible batch of music. One would think that it’d take a good amount of time to write such killer songs, but that wasn’t exactly the case. Written in just 12 days and recorded in 14, saying the album came together quickly is an understatement.

So how did The Glorious Sons create such an amazing album in such a short period of time? The band’s main songwriter Brett Emmons and his brother (and the band’s guitarist) Jay Emmons sat down to explain just that.

Hear all about it in our exclusive interview below!

Speaking of writing Young Beauties & Fools, the lyrics to the album’s song “Everything Is Alright” immediately caught our attention—specifically the line where Brett sings that he “punched a man on his wedding night.” Did that actually happen?

Apparently, yeah, it did. Give the below video a watch to hear the candid story about how it all went down:

Check back soon for part 2 of our exclusive interview with The Glorious Sons.