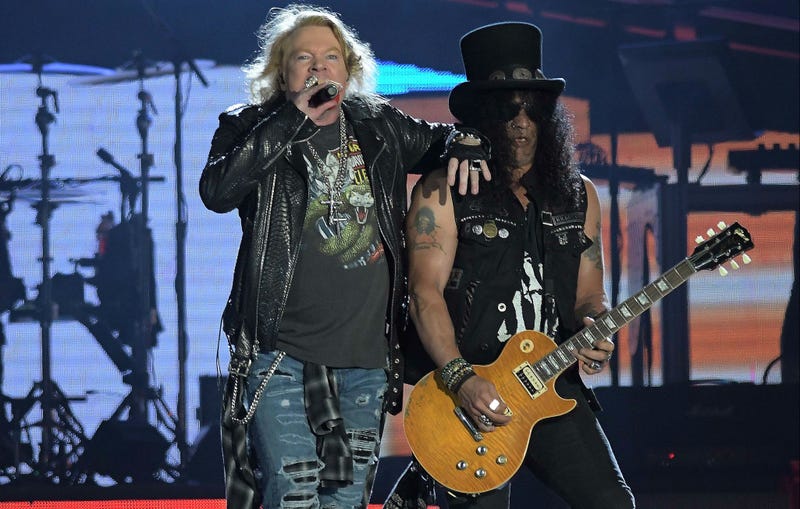 After weeks of teasers, the cat’s out of the bag—Guns N’ Roses have announced a massive reissue of their iconic ‘80s album Appetite For Destruction.

And for super fans out there, you can get that reissue Locked N' Loaded. That’s essentially a fancy way of saying the box set is “the one true GnR Holy Grail.”

Fans can also page through a hand-bound book of photos from Axl Rose and 12 illustrations—one for each of the original Appetite For Destruction songs. Other collectibles include rings, guitar picks, temporary tattoos, posters, and more. See the unveiling below!

Appetite for Destruction: Locked N’ Loaded is available June 29 and can be pre-ordered here.

Until then, hear “Shadow of Your Love,” one of the newly remastered tracks from the box set, below!