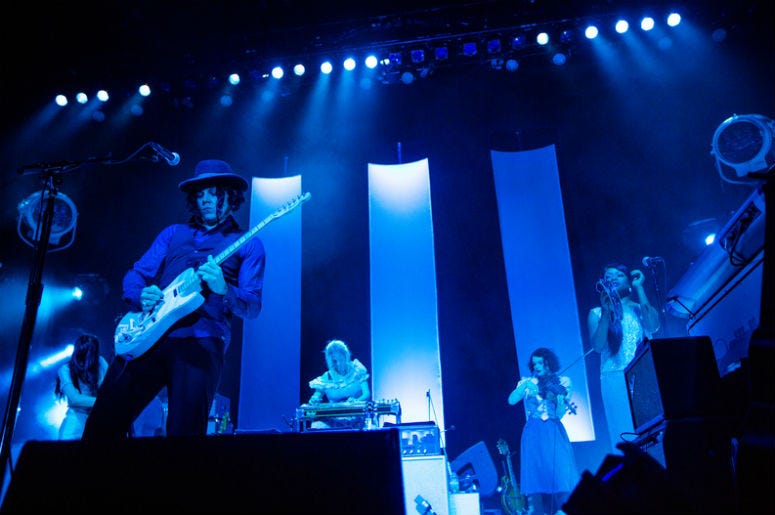 Picture yourself back in your high school cafeteria. Gonna go out on a limb here and assume the image you just conjured didn’t include a Jack White concert?

Interestingly enough, that scene actually unfolded for the students at Woodrow Wilson High School in Washington, D.C. In town for two shows at the Anthem in D.C., White squeezed in some time for a 45-minute set during the school’s lunch period.

Watch the fan-shot version below as White plays the White Stripes classic “Seven Nation Army” for the rowdy lunch crowd!

Could Jack White be any cooler? (That’s an entirely rhetorical question.)

White is currently touring in support of his latest release, Boarding House Reach, and you can hear him talk a bit more about the album's creation in the exclusive clip below!