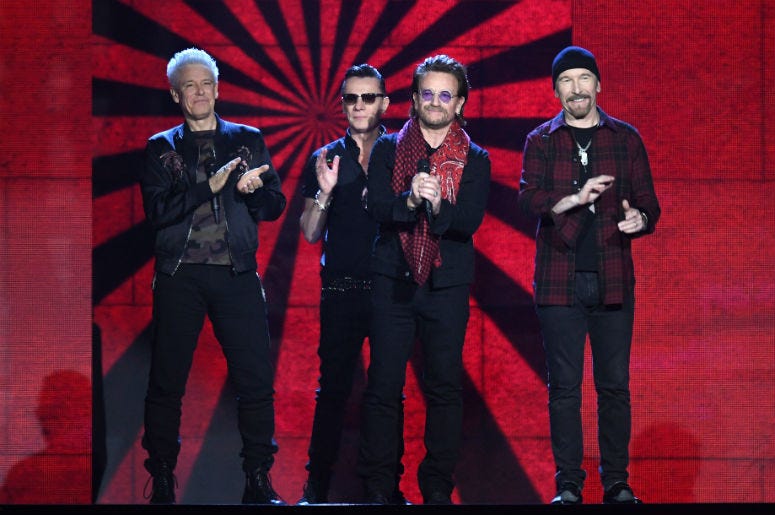 U2 have shared the latest Songs of Experience music video, and this one’s for “Love Is Bigger Than Anything In Its Way.”

Filmed in the band’s Dublin hometown, the David Mushegain-directed video can be viewed below.

Mushegain (Vogue photographer and filmmaker) always seems to return to Dublin, fascinated by its youth culture and drawn to the “uniquely creative environment” created by those teens and young adults he met in the city. And that’s what he aimed to capture in the above “Love Is Bigger Than Anything In Its Way” video.

“I gravitated towards that song immediately,” said Mushegain in a statement on U2’s website. “It has the spirit of these young people I'd come to know, the spirit that says whatever's in your way, you can overcome it. It's such an uplifting song, it has such a positive spirit.”

“It's about being young and expressing yourself, it's about how we all have friends and relatives who dress or look or style themselves differently but, as the song says, love is bigger than anything in its way.”

Fresh on the heels of the video’s release comes the band’s North American eXPERIENCE + iNNOCENCE Tour, which kicks off tomorrow, May 2 in Tulsa, OK and heads to Europe in August.