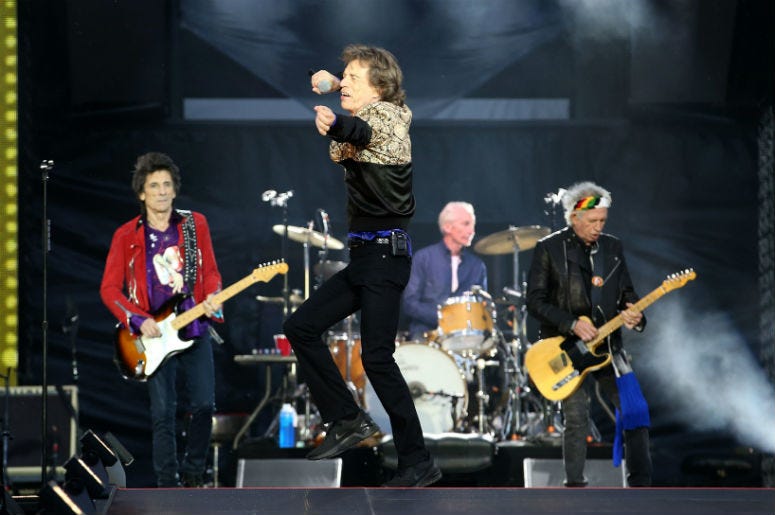 You've heard her voice plenty of times, but have you ever stopped and wondered who the woman was with the spine-tingling voice singing backup on "Gimme Shelter"?

Meet Merry Clayton. In the 2013 documentary 20 Feet from Stardom, Merry and Rolling Stones vocalist Mick Jagger described their experiences singing together on the timeless rock hit. Clayton was getting ready for bed late one night when she got the phone call to come record with the Stones. They picked her up in her pajamas, and even though she instantly sang with the "personality" the band was looking for, she decided to step up her game for the next take.

The end result of that take was Merry's chilling solo piece where her voice cracks with such passion that she even gets a cheerful "Woo!" from Mick on top of it.

Watch the full clip below!

sports
Namath on GOAT debate: 'There’s no doubt you got to go with' Brady
news
GOP largely sides against holding Trump impeachment trial
sports
After missing out on Hall of Fame, Curt Schilling announces he will withdraw from ballot
sports
Tributes pour in after passing of NBA reporter Sekou Smith
sports
No one elected to the Baseball Hall of Fame's Class of 2021
sports
Sabrina Ionescu on Gigi Bryant’s basketball talent: ‘She was going to be great’