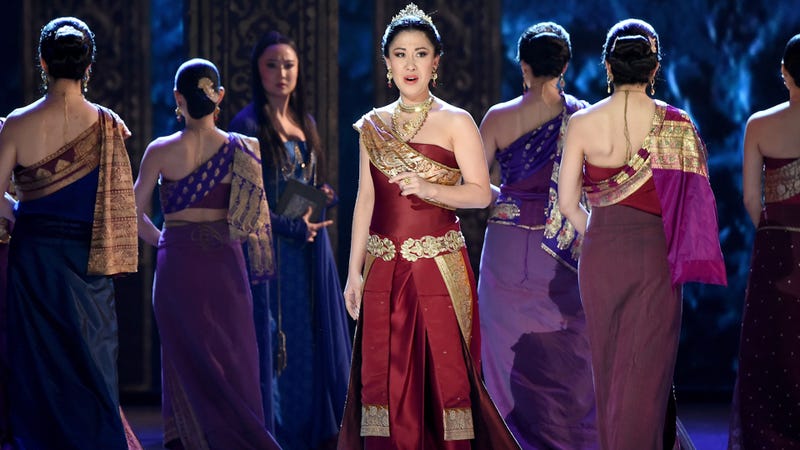 Broadway actress Ruthie Ann Miles has returned to the stage just five months after her four-year-old daughter was allegedly killed in a Brooklyn accident and two months after her unborn child passed away.

The 35-year-old is reprising her Tony Award-winning role in the revival of Rodgers & Hammerstein’s “The King and I” in London.  She is reportedly using a cane and taking breaks to sit during her performance.

But fellow cast member and Tony Award-winner Kelli O’Hara says she is incredibly strong in the role. She tweeted “She is singing like an angel and commanding the stage with a heavenly force.”

Police say Ruthie was about 30 weeks pregnant when she was crossing the street in Brooklyn, and a driver lost control of the car and plowed into her and her friend. Ruthie’s daughter, Abigail, was killed in the crash; her friend’s one-year-old son was also killed in the incident.

To the surprise of show producers and audiences, Ruthie is showing her resilience and delivering a performance so powerful that the world is taking notice, as they continue to applaud and support this amazingly brave mom.