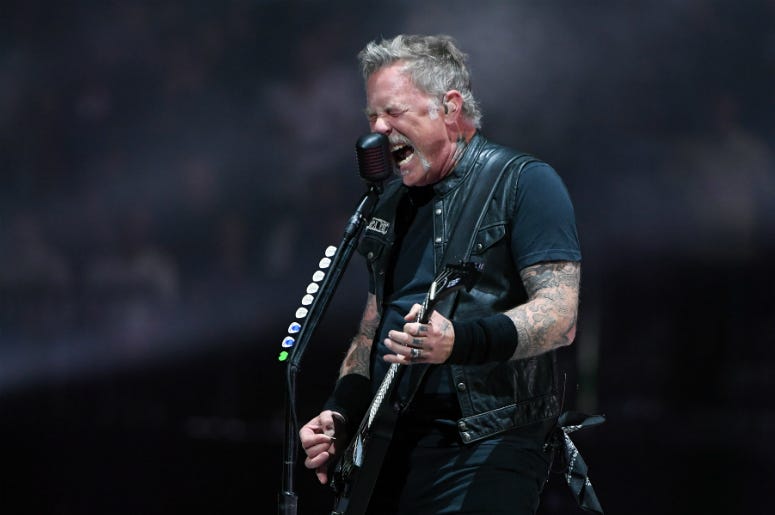 Metallica frontman James Hetfield will make his dramatic acting debut on the big screen later this month at the Sundance Film Festival.  Hetfield is part of the cast of the film, Extremely Wicked, Shockingly Evil, And Vile, which tells the back story of the relationship between serial killer Ted Bundy and his girlfriend of many years, who at the time of the murders, had no idea of her boyfriend's crimes.

Hetfield plays the role of the Utah Highway Patrolman who was responsible for the first arrest of Bundy in 1975. Zac Efron plays Bundy in the flick which was directed by Joe Berlinger. He previously worked with Mr. Hetfield on the 2004 film Metallica: Some Kind Of Monster. That film also premiered at the Sundance Festival (January 2005). Mr. Berlinger also wrote the book, "Metallica: This Monster Lives" based on his experiences with Metallica from 1999 through their 2003 Summer Sanitarium Tour.

"Having spent hundreds of hours behind the scenes with James and the rest of Metallica, I have experienced his charisma and powerful presence close up," Berlinger said in an earlier statement. "It seemed only natural that he would bring that same power and magnetism to a dramatic role, so when he agreed to my pitch that he be in the movie, I was thrilled."  Academy Award nominees Haley Joel Osment and John Malkovich also appear in the movie which will premiere on January 26th.