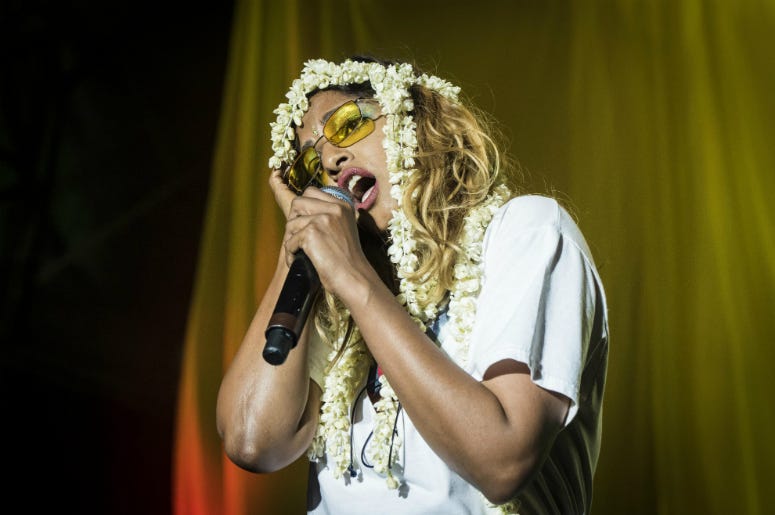 Fans can see the film in New York City at IFC Center from September 28th through October 4th. Superfans will want to be there for Q&As with M.I.A. and director Steve Loveridge on September 28th, and with Loveridge on his own on the 29th.

The doc promises a behind-the-scenes look into the Sri Lankan-born artist's life from her family's background, leaving home as a refugee and growing up in London, to her rise as a shining star in the music industry, motherhood, social activism, and beyond. Directed by Steve Loveridge and scored by Paul Hicks and Dhani Harrison with plenty of M.I.A. tracks throughout, MATANGI / MAYA / M.I.A. was honored at the 2018 Sundance Film Festival, picking up the World Cinema Documentary Special Jury Award.

Watch a brand new clip from the doc below and find U.S. theaters showing the film here.

On September 26th, the New York Public Library will be hosting a conversation with M.I.A. and writer Akil Kumarasamy to "explore M.I.A.’s story and work, delving into the interplay between her different identities and how she navigates between spaces of resistance and mainstream success."

NYC: this is sure to be a fascinating convo - get tix now for @miamatangi with @akilluh: Border Crosser. 9/26 at @nypl! 🎟📕