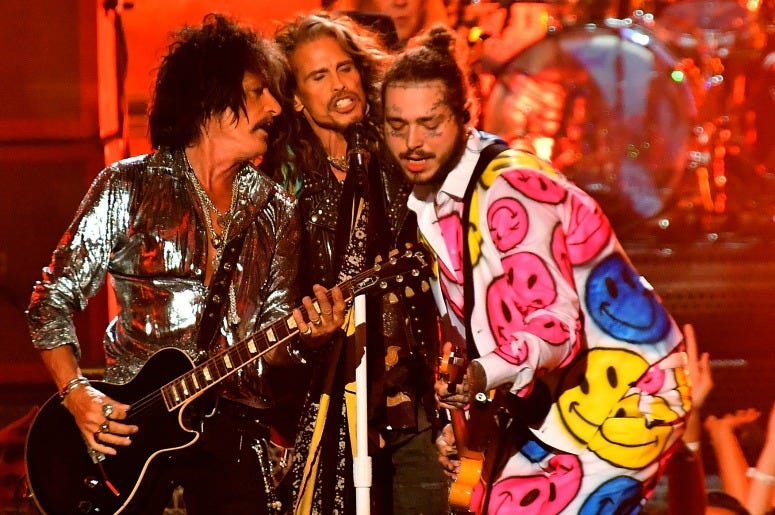 The Best Rock Video award didn’t even make it to TV on the 2018 MTV Video Music Awards, but the closing spot belonged to one of rock’s biggest bands.

After an evening of performances from artists like Nicki Minaj and Ariana Grande, it was Aerosmith who closed down the award show, and they left it in a fiery mess.

Rapper and singer Post Malone began the performance with his hit song “rockstar”, but the set soon gave way to reveal Steven Tyler and company. Post picked up a guitar and joined in with the band for “Dream On”. Steven’s soaring vocals and questionable mustache were on full display, as the band went into “Toys In The Attic” from the band’s big 1975 classic.

Joe Perry, with an equally odd mustache put his guitar through the amp, as the stage lit up in flames. As the band hugged it out, the curtain closed on another edition of the VMAs.

Aerosmith seems to be if full fighting shape for their upcoming Las Vegas residency. The band announced last week that they celebrate their 50th anniversary in the city with a string of shows.