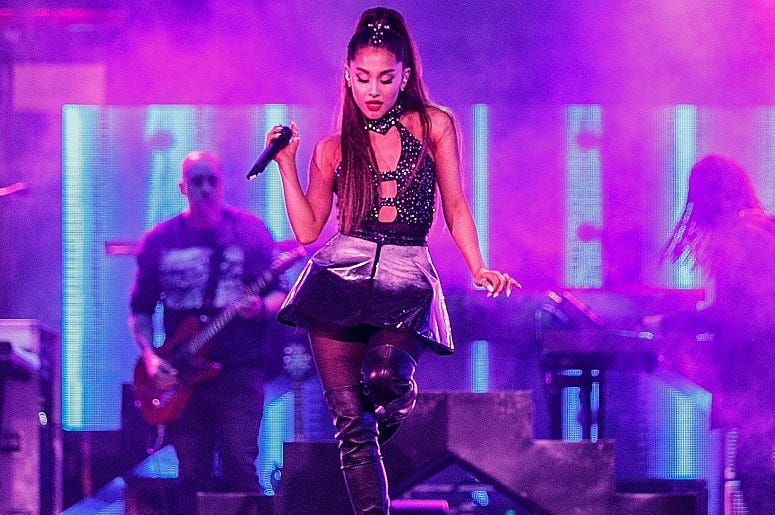 You can't take your eyes off the timeline for a minute when it comes to Ariana Grande.

When the singer isn't releasing surprise songs or reclaiming Diane Keaton classics on Ellen, she's still swimming in the Sweetener era. Wednesday Grande released the video for "breathin", featuring Grande being alone as the world blurs by her. The clip alternates between images of Ariana singing solitarily in crowded spaces, and with her being consumed by the clouds. The visual has a certain sadness about it as it unfolds, but finds peace within by the end with a joyful swing.

Ariana had been very open about her anxiety lately, speaking with the BBC about how it affects her and the importance of asking others for help. "You have ups and downs, and sometimes you'll go weeks at a time where you'll be like crushing it, and then there'll be no anxiety, like you're fine. And then something will happen that can trigger it and then you'll have, like a couple of down days."

"It feels so silly because I feel like the luckiest, most blessed girl in the world, so I almost feel guilty that I have it" Grande continued. "But yeah, it's just in your head, and that's just so crazy how powerful it is. No matter how good things are, it just can totally change everything."

On Twitter earlier this week she detailed her experience with therapy, saying "in all honesty therapy has saved my life so many times. If you’re afraid to ask for help, don’t be. You don’t have to be in constant pain and you can process trauma. I’ve got a lot of work to do but it’s a start to even be aware that it’s possible."

Grande hits the road for the Sweetener World Tour in March of 2019. You can find the full list of dates here.