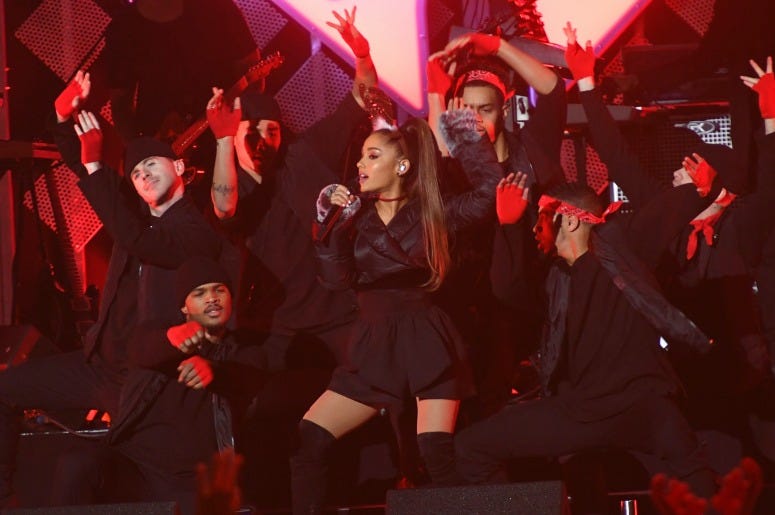 Not satisfied by the quiet comfort of Carpool Karaoke, James Corden felt the need to take it up a notch with Ariana Grande.

Filmed earlier in the year during their drive around Los Angeles, The Late Late Show host and the Sweetener singer stopped by an Escape Room for a terrifying adventure. Faced with darkness, and other beings within the creepy confines, Corden and Grande navigate their way to completing the challenge, but it's as they attempt their final escape that things get truly dangerous. While being chased by a masked figure, Grande slips and injures her hand.

This solves the mystery of the bandaged hand from August, and leaves us with a horrifying and hilarious video to enjoy for Halloween.

“That’s not an escape room, that’s one of the seven gates to hell” Grande tells Corden as they drive away.

Ariana was in a much safer space with the BBC, where she recently recorded several of her songs for an upcoming special airing Thursday November 1st. Backed by an all-female choir and orchestra, Grande performed several Sweetener songs, including "God Is A Woman."