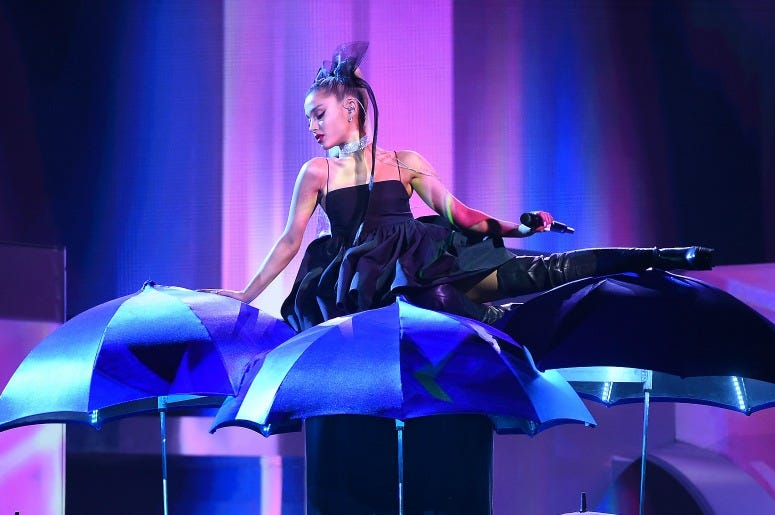 The first batch of performers has been announced for the 2018 MTV Video Music Award.

Shawn Mendes will be on stage to perform “In My Blood”. He’s up for three awards that night.

After an amazing performance with Alessia Cara at last year’s VMAs, Logic is back. This year he brings along OneRepublic’s Ryan Tedder to perform their latest “One Day”.

And just a few days before we finally get Sweetener, Ariana Grande will belt out “God Is A Woman” at the VMAs.

Speaking of Ariana Grande, she tweeted out a behind-the-scenes glimpse at Sweetener on Friday morning featuring Pharrell.

“These two I feel like, sound like my DNA” echoes Ariana from inside the studio. “When you sing these songs on stage, you will tell people the story of how you felt when we were doing this song” replies Pharrell.

The MTV Video Music Awards go down on August 20th, with a special Video Vanguard Award presentation to Jennifer Lopez. You can help pick the winners and vote for your favorites here.