We knew that the "7 Rings" video from Ariana Grande looked like a party, and it turns out it was.

The Sweetener singer released a 10 minute behind-the-scenes video on Wednesday, showing all the champagne sipping and street dancing that went into the clip for her latest single. All the rings are there, as is the massive ponytail, and a special sweet gift for director Hannah Lux Davis. It's a house party we can't stop reliving. 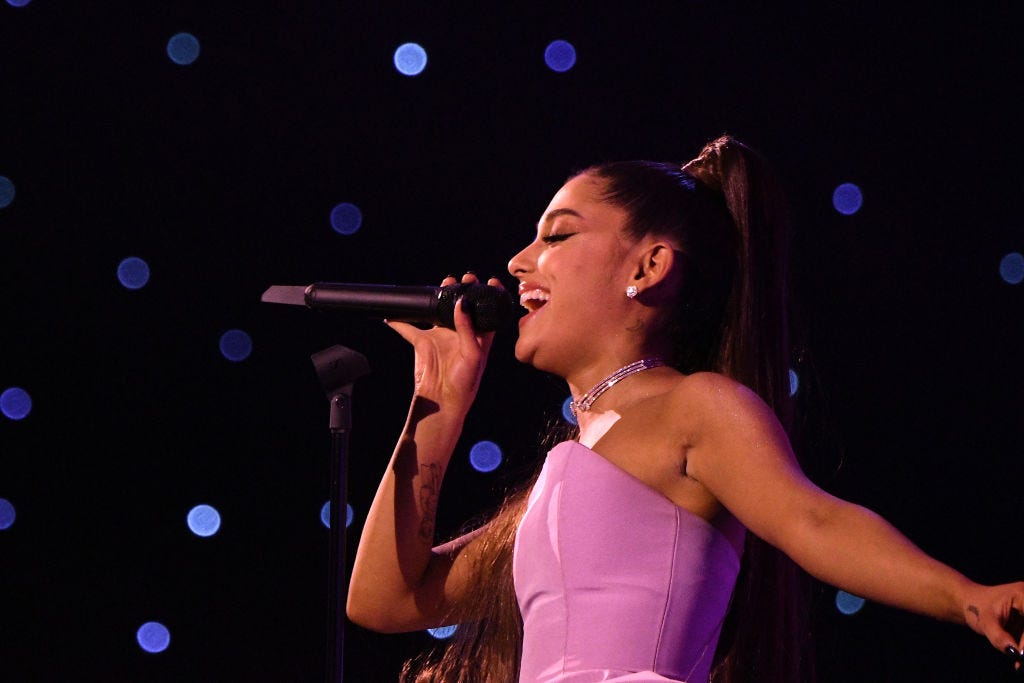 The revealing look at "7 Rings" drops at the same time as reports that Grande will not perform or attend this year's GRAMMY Awards. According to Variety, the "thank u, next" singer was unable to come to an agreement on song choice with the show's producers, and opted out of a performance. An insider tells Variety that Grande felt “insulted” when producers initially refused to let her perform “7 Rings.” After compromising on a medley, the singer is said to have ultimately pulled the plug on being a part of the show.

In a tweet last month, Grande denied ever being set to perform at the show.

In response to a tweet of ours, Ariana Grande shut down the rumors and confirmed that she will not perform at the 61st GRAMMY Awards on Sunday, February 10, 2019: “that rumor is false 🖤”. #GRAMMYs pic.twitter.com/L52Hlucud7