Sometimes music is the best medicine.

Head Above Water is the sixth studio album from Avril Lavigne, and to fully appreciate it you have to understand the adversity that it was born out of. The health issues and the relationship struggles that happened over the past five years for the punky pop singer amounted to a heap of hardship, once thought to completely bury her and end her career. 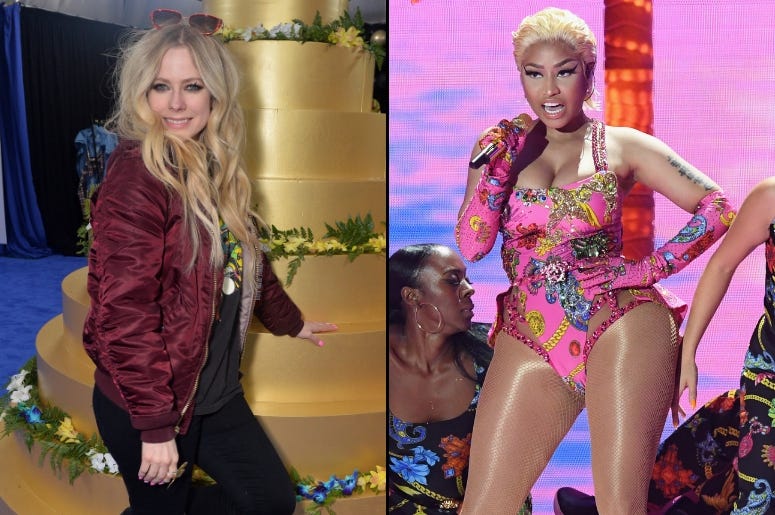 Around her 30th birthday, fatigue and an aching body became a real issue for Lavigne, leading to days in bed and uncertainty about her wellness. A string of doctors couldn't find the cause, until finally revealing a serious case of Lyme disease. She disappeared from the spotlight, shrinking away in agony. After fans began to worry and a #PrayForAvril movement took hold, Lavigne emerged to shed some light on her situation. Putting her best face forward she was still in pain, but felt an obligation to educate and raise awareness for the disease. Some of the darkest moments of that time created some of the most powerful parts of Head Above Water.

As if that wasn't enough suffering for one person, it all happened with the backdrop of a failing marriage. A divorce from Nickelback singer Chad Kroeger served as a painful subplot to the health issues for Lavigne, a quickstart relationship that saw the sparks fade into divorce. Now Avril was left to pick up pieces from almost every angle of her life, and the strength that it took to get back up is in every fiber of her new album.

Head Above Water begins with the spiritual title track, a sweeping piano ballad where she asks for help from a higher power. "I thought I was dying, and I had accepted that I was going to die" explained Lavigne when the single was released. "My mom laid with me in bed and held me. I felt like I was drowning. Under my breath, I prayed ‘God, please help to keep my head above the water.’ In that moment, the song writing of this album began. It was like I tapped into something. It was a very spiritual experience. Lyrics flooded through me from that point on.”

It's the first of many times throughout Head Above Water that Lavigne summons her strength and her spirituality to take on the troubles in front of her. Sometimes it is clearly about her personal struggle and the obstacles of her health, but more often it is about establishing herself outside of a relationship. She's a "Godess", she's a "Warrior", she's a bird no longer clipped and ready to fly. Head Above Water takes its sturdiest strokes as a declaration of empowerment, an affirmation of importance.

The message of strength isn't that surprising given the circumstances and the five years that Avril has lived through, but the style and poise in which it is presented is. The trademark pop punk ways of Lavigne have been fully replaced for a mature moment of music, trading crunchy power chords for a string section. It's fitting and genuine. This is a sound that the singer has grown into and a message well earned.

Head Above Water is available everywhere.