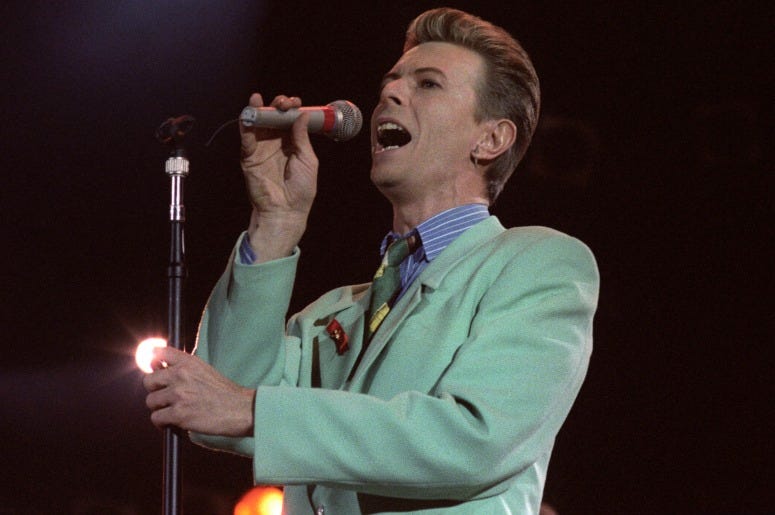 The fifth in a series of career-spanning box sets for David Bowie has been released. Loving the Alien (1983–1988) is 11 discs, 125 songs, and nearly 10 hours of Bowie from some of his most successful years.

In addition to remastered editions of his studio albums from the era, are live albums from his 1983 and 1987 tours, and a compilation of non-album singles and b-sides. The box set title is taken from the lead track of the 1984 album Tonight, and features some of Bowie's biggest hits. It also boasts a brand new production of the 1987 album Never Let Me Down, with new instrumentation.

It's said that Bowie immediately wanted to remake some of the songs on Never Let Me Down following the album's release. He did so with the song "Time Will Crawl" for a compilation in 2008, and eventually asked for the whole album to be reimagined. That new interpretation exists for the first time in Loving The Alien.

You can find more info about the box set here, and hear a selection of songs from the reworked Never Let Me Down below.