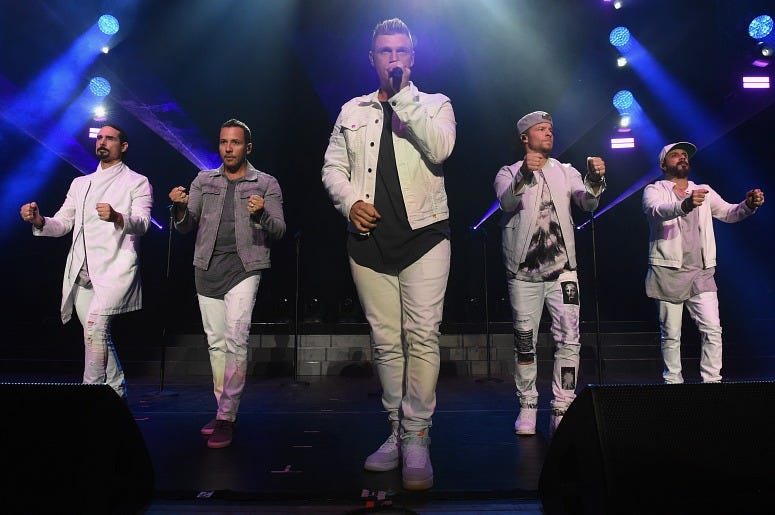 Everybody. The time in which we rock our body is once again upon us.

As you know, Backstreet has been back for a while, conquering Las Vegas and climbing  to the top of the charts with their infectious single, "Don't Go Breaking My Heart." The Backstreet Boys are on a hot streak, and it's going next level in 2019.

The group today released their second single on the year, "Chances." The driving dance song shows off each of their styles, blended together with a pinch of Shawn Mendes and OneRepublic. The "In My Blood" singer and Ryan Tedder helped pen the song which will be featured on their upcoming album. That album will be called DNA, a statement about the bond these five share the beauty that comes when they blend their voices together. DNA will be released on January 25th.

“When this group started 26 years ago – and through all the highs and lows of our career – we’ve had to learn it wasn’t about us as individuals but about what’s best for the group” says Howie D in a new release. “That’s what I love about this album” adds Kevin Richardson. “We were able to bring all of our influences and styles into one coherent piece of work. These songs are a great representation of who we are as individuals and who we are as a group. It's our DNA. We’re really proud of that.”

For over a year the group has set records in Las Vegas with their Backstreet Boys: Larger Than Life residency. That will come to an end in April of 2019. Then the five will embark on the DNA World Tour, first heading to Europe in May and returning to the U.S. in July. You can see the full list of dates here.

Okay, here we go…. #DNAWorldTour 2019! Our tenth album #BSBDNA out January 25th! Thank you all for coming on this journey. Things are about to get interesting!!!!!! Get all the details on https://t.co/hfKjQlfxDf pic.twitter.com/bii6PY4pZC