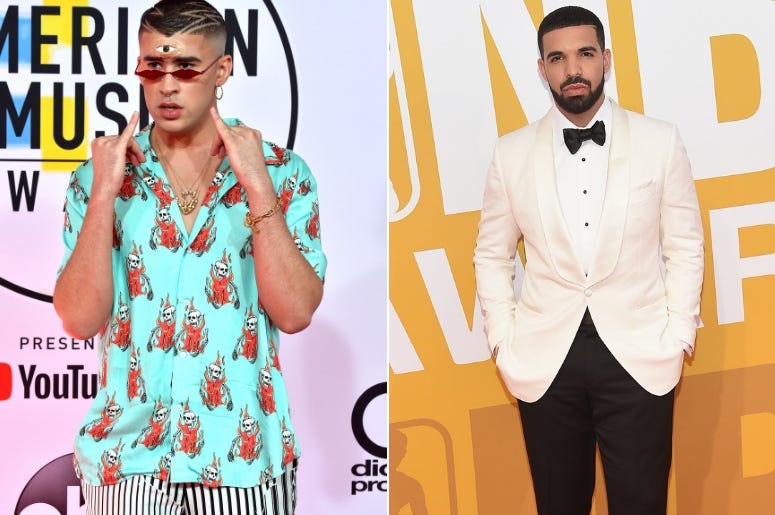 Drake is back to flexing bilingual with an appearance on Bad Bunny's new track "Mia."

The long-teased collaboration features the OVO boss singing and rapping completely in spanish beside the Latin trap phenom. It's the "Nice For What" star's second time rapping in spanish, but his first since 2014.

In the video, the pair break out the cups for a hot house party with everyone invited.

"Mia" is produced by DJ Luian and Mambo Kingz, and has been rumored since early this year. "I don’t speak English well, but after a few drinks you can speak any language" Bad Bunny told Billboard earlier this year about recording with Drake. "We spoke about music, basketball, everything."

Drake is still riding the success of Scorpion released earlier this year, and Bad Bunny is currently readying his album with "I Like It" collaborator J Balvin, which is set to be released soon. "Mia" is currently available everywhere.