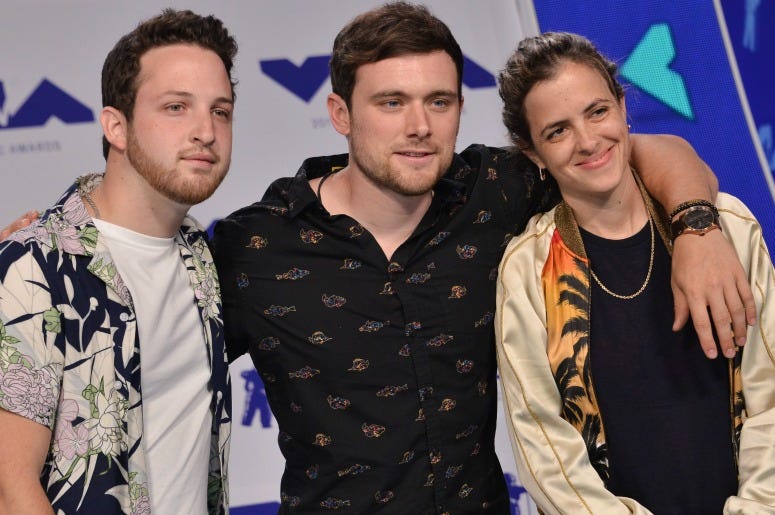 The 2018 American Music Awards is just hours away, but before they start handing out hardware and set the stage for the dazzling performances, we get a warm up with our friends in Ocean Park Standoff.

When we arrived in Los Angeles, the trio was there for a stripped-down acoustic set of some of their songs. Afterward, they joined us by the fire for a cozy conversation.

During our fireside chat, Ethan, Pete, and Samantha told us their favorite parts of everything American, Music, and Awards. "American. This country's about togetherness, it's not about dividedness" singer Ethan Thompson explained during our word association game. "When you say America, I think apple pie" added guitarist Samantha Ronson.

The three friends that make up Ocean Park Standoff, originally met in a songwriting session and have been making feel good pop gems almost ever since. The band recently released their latest "If You Were Mine" with an assist from Lil Yachty, and they will head out on tour in November.

The band also listed some of their favorite music of the moment, and got us so excited for the American Music Awards. It all happens Tuesday night with performances from Taylor Swift, Cardi B, Carrie Underwood, Shawn Mendes, and many more. We'll have your exclusive coverage all week, behind-the-scenes and live from the show.