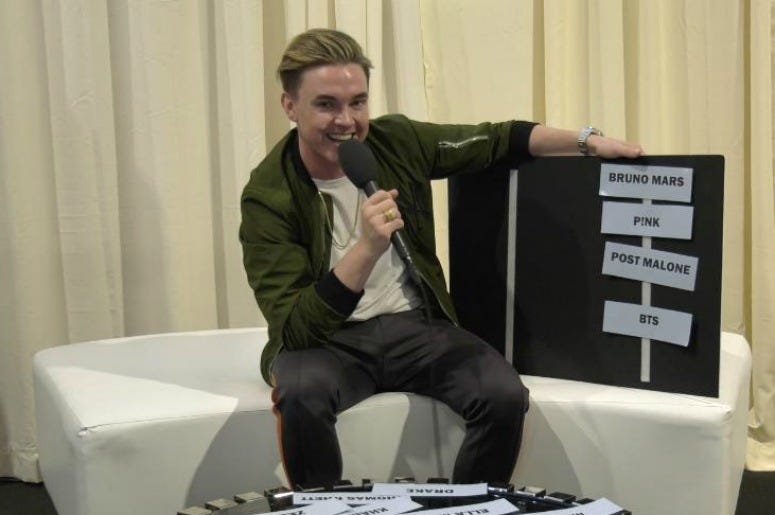 Jesse McCartney is a man of many talents. He's an actor, he's a singer, he's a chipmunk.

Before the 2018 American Music Awards kicked off in Los Angeles, we had a chance to talk with McCartney, and asked for his help in drafting the ultimate AMAs supergroup. With only the nominees to choose from, Jesse built the perfect band with Simon Cowell-level skill. He might add artist management to his resume.

McCartney is back with new music this year, and just released "Wasted" in September. He is one of many gathered in L.A. for the 2018 American Music Awards, which will hand out awards to the fan-voted favorites. There is also going to be room-rattling performances from Taylor Swift, Twenty One Pilots, Post Malone, and many more.