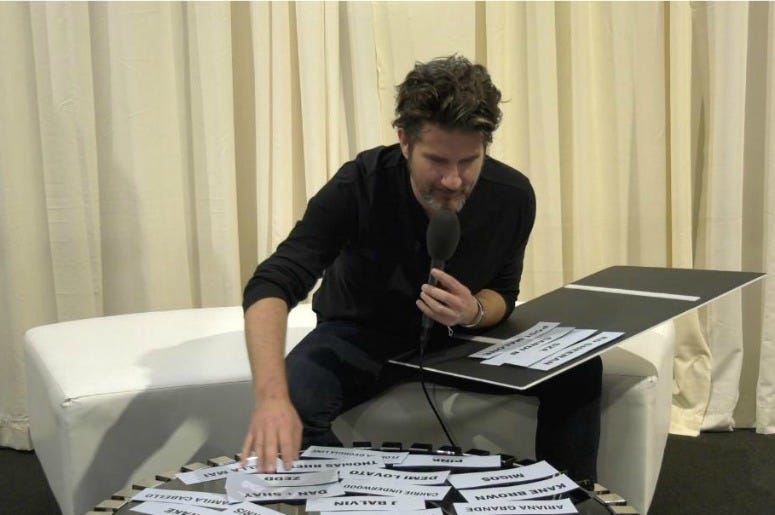 Singer and songwriter Matt Nathanson stopped by for a visit before the 2018 American Music Awards, and helped us build an AMAs supergroup. It's a task we asked a lot of artists to do, but nobody took it as seriously as Matt.

"My AMAs supergroup has to begin with Ed Sheeran, because in my next life I'm coming back as his career" joked Nathanson. "Can't wait. That guy's the best."

He included SZA, and Cardi B because she "just needs to be in absolutely anything, on earth", and Imagine Dragons to "bang on a bunch of stuff."

In the end, Nathanson's group was one of the coolest collection of musicians we've come across, just who knows how they would sound. "They don't actually function as a unit, except more like a gang" he explained.

Matt was hanging around the AMAs to talk about his new album, Sings His Sad Heart. The "Come On Get Higher" singer is set to tour the country in February.

As for his "gang", many of them will be performing at the American Music Awards on Tuesday night. Catch all the action October 9 at 8 p.m. ET on ABC.