Homecoming has arrived, bigger than the Beyhive could have dreamed.

As people still bask in the glow of last weekend's Coachella, Beyoncé has returned to remind you of what the next level looks like. Wednesday Netflix released Homecoming: A Film by Beyoncé, showing her historic headlining performance at Coachella 2018 and offering a behind-the-scenes look at performance preparation and her family. We had a week to get ready for that, but we were not counting on the surprise live album to go with the feature. 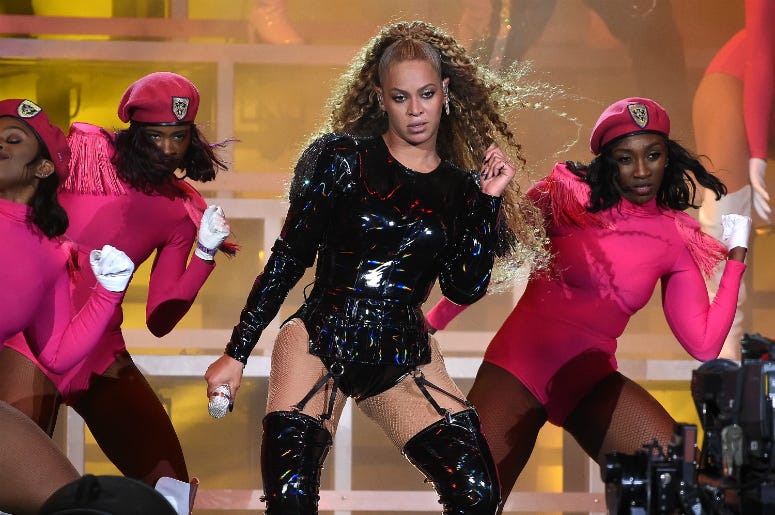 Also arriving Wednesday morning is the soundtrack to the film, HOMECOMING: THE LIVE ALBUM. Over an hour and 45 minutes, the Queen reigns over Coachella, dipping into every angle of her catalog and commanding with a marching band. You can hear how full the stage is and the culture coming from every corner of the performance. Featuring guest performances from Destiny's Child, Jay-Z, and J Balvin, Homecoming sounds as bright and beautiful as it is to watch.

Along with the performance at Coachella comes two new tracks from Beyoncé. Finally there's a proper release for "I Been On" which has been circulating in one form or another since 2013. Bey also covers "Before I Let Go" from soul band Maze and Frankie Beverly.