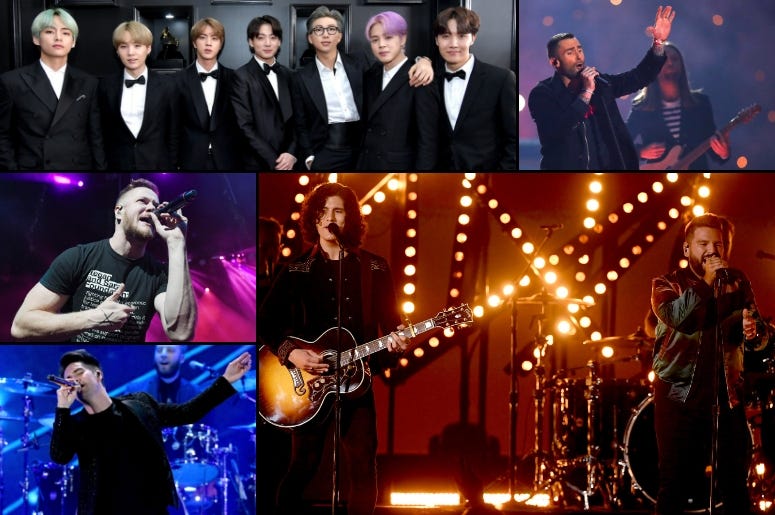 Everything is better with friends, and the Top Duo/Group category at the 2019 Billboard Music Awards proves that sometimes it can be downright record-breaking. We are almost a week away from the big party in Las Vegas, and it's time to start making some tough decisions.

We want to hear from you on who should win the Top Duo/Group award at the BBMAs. Will it be the K-pop phenoms, the Country crossovers, the Super Bowl sized pop band, the "Natural" rockstars, or a specialist in "High Hopes"? The time has come to make your choice, but first a reminder of our nominees. 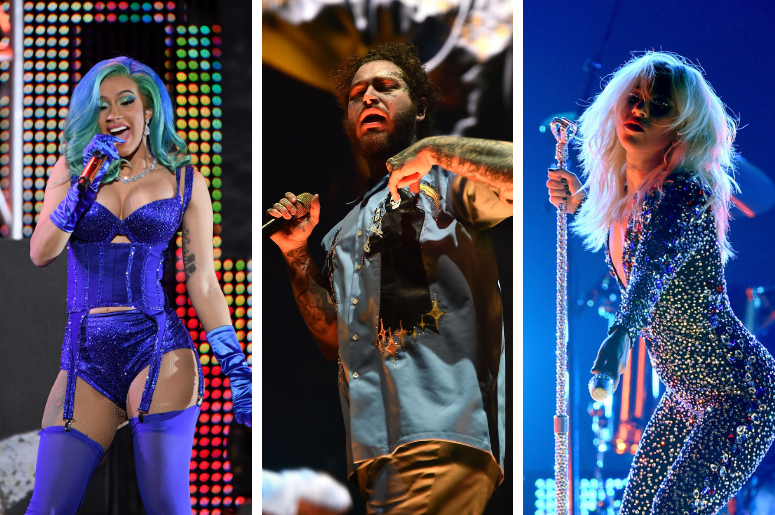 BTS took things to the next level when they performed at the 2018 Billboard Music Awards. Saying that they have grown light years since then is an understatement. The group has scored three number one albums, taken an historic turn at Saturday Night Live, and has broken records for YouTube viewing in the time since they hit the stage last May.

Two of the kindest guys in all of music keep piling up the nominations, thanks to sincere songwriting and unshakable melodies. Dan + Shay have 6 nominations at this year's Billboard Music Awards, after winning Vocal Duo Of The Year, Single Of The Year, and Song Of The Year earlier this month at the ACM Awards. The Nashville pair has broken genre borders, and continues to rise.

Dan Reynolds and friends are back in their hometown of Las Vegas, putting their muscular music about hope, relationships, and perseverance to the test. Imagine Dragons quickly returned with their fourth album Origins last year, packed with anthems and infectious songs that seem to be everywhere from College Football to Wreck-It Ralph. The "Natural" band continues to speak about unity and equality, using the power of their massive success for good, unafraid of any optics or metrics other than love.

Shirt or no shirt, Maroon 5 took center stage with a list of hits at the Super Bowl, and flexed their power as one of the biggest bands in the world. With "Girl Like You" being the most viewed video of 2018, the group continues a streak of giant songs and even bigger shows.

The sixth album might be the strongest for Panic! At The Disco, who hit a new stride in 2018. "High Hopes" climbed the charts and Brendon Urie embarked on a massive tour, as Pray for the Wicked showcased how much the band has grown, and was rewarded with a handful of hits.

You've got the facts, now make the call. Who should win Top Duo/Group at the 2019 Billboard Music Awards. Cast your vote below, and tune in to see who wins, live from Las Vegas on Wednesday May 1st on NBC.