"I never want the world to know everything about me" Billie Eilish explains in a new ad for Calvin Klein. "That's why I wear big, baggy clothes. Nobody can have an opinion because that haven't seen what's underneath."

After listing off a string of proposed guesses about her body, Eilish brings it into focus. "Nobody can say any of that, because they don't know." 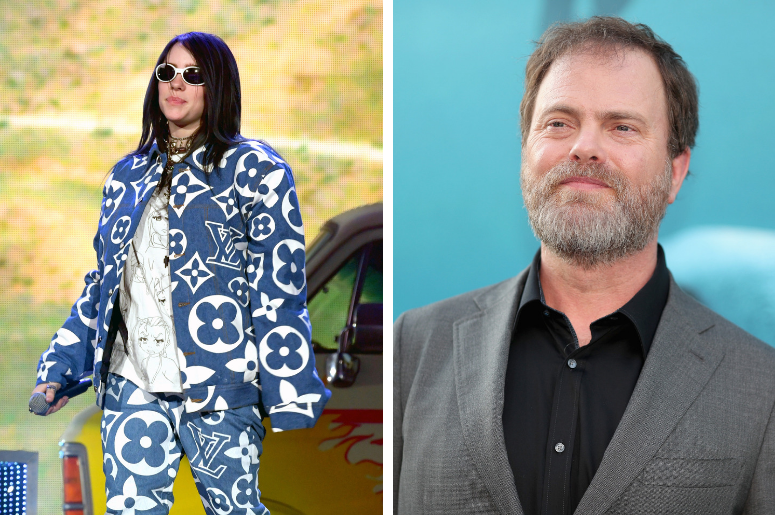 Billie Eilish Does ‘The Office’ Trivia With Rainn Wilson: “What Song Did You Write for Dwight?”

The commercial is a part of the "My Truth" campaign for Calvin Klein, which Eilish has soundtracked other editions of. However, the sentiment is striking and not completely new from the 17-year-old star.

Last year, Eilish shared a similar message during an interview with NME. "I’ve spoken a lot to female artists about this, because if you’re not a female artist you probably don’t think about this" she said. "If I was a guy and I was wearing these baggy clothes, nobody would bat an eye. There’s people out there saying, ‘Dress like a girl for once! Wear tight clothes you’d be much prettier and your career would be so much better!’ No it wouldn’t. It literally would not.”’

The confession in the commercial has set off several opinions across Twitter, with the loudest being dissappointment that an artist has to deal with such concerns, especially one this young.

I will ALWAYS stan Billie and this breaks my heart that she feels the need to dress like this just to avoid you miserable people who like to body shame for NO REASON https://t.co/xn0IqmEVzm

Billie Eilish recently made history by becoming the first artist born in the 2000s to notch a number one album. WHEN WE ALL FALL ASLEEP, WHERE DO WE GO? had the second biggest sales week of 2019, behind only Ariana Grande's thank u, next. It also landed at the top in 15 other countries.

The "when the party's over" singer will kick off her tour across the US at the end of the month. You can find a full list of dates here.