"I think we're taking everything that we've done in the past and building on it. Which is what we want to always be doing" explains Mark Hoppus of the new album on the way from blink-182.

The follow-up to 2016's California is one of the most anticipated of the year, and in the exclusive interview above, Hoppus sheds a little more light on the upcoming LP. "I think it's a good combination of fast punk rock stuff, modern production, and taking a lot of risks and experimentation."

It's one of the more detailed tidbits about the upcoming album, which Hoppus and drummer Travis Barker have likened to the energy of the band's 2003 self-titled release. After reestablishing their sound, it sounds like they are anxious to explore. You can hear it all over the band's lead single, "Blame It On My Youth", swimming in their own signature sound but injected with something authentically new and earned."

To celebrate 20 years, we're playing Enema of the State in its entirety all summer long! And yes, we’re still playing the hits from the other albums, as well as new music. Get your tickets now, this is gonna be a fun one. (Link in bio) #blink182 #Enema20

The group will be joined by Lil Wayne for the three-month trek across the country. An unlikely pairing at first, but a connection with Barker made it all possible. "I toured with him in 2006 and I've collaborated with him a couple of times" explains Travis.

"I haven't seen Lil Wayne without his shirt on, but I would probably guess that Travis has more tattoos, just because I know Travis better." 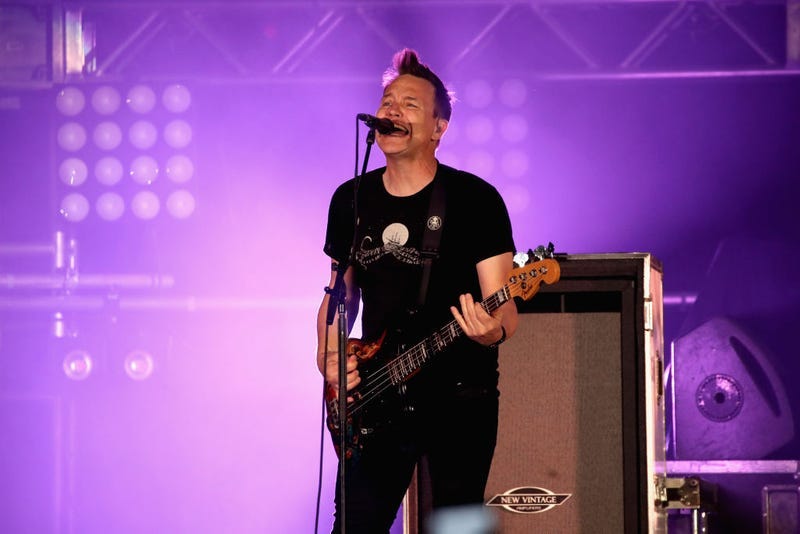 Both will be likely be shirtless, and both might be celebrating new albums when the tour kicks off on June 27th. You can find the full list of dates here.

For more from Mark Hoppus and Travis Barker, including what they have to have on their dressing room rider, check out the full interview above.