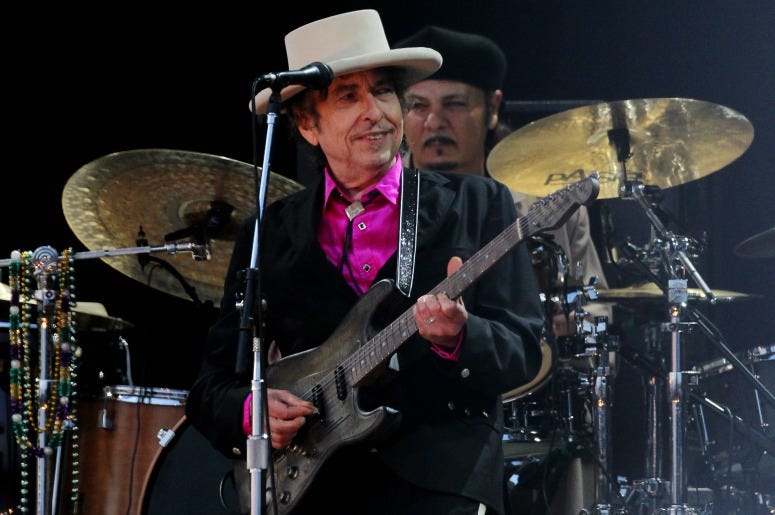 The fourteenth volume in the amazing Bootleg Series from Bob Dylan is a big one.

Taken from the 1974 sessions for Blood On The Tracks, they are sweeping up every take that hit the cutting room floor. Bob Dylan - More Blood, More Tracks - The Bootleg Series Vol. 14 culls together alternative takes and rarities from the six sessions in New York and Minneapolis. "Every surviving take" from the sessions will be a part of the box set released on November 2nd. The collection also includes a hardcover reproduction of one of Dylan's notebook's from the era.

In anticipation of the release, check out take 1 of "If You See Her Say Hello."

Blood On The Tracks is the fifteenth studio album from Bob Dylan, and is considered one of his most influential. The confessional songwriting from Dylan landed the album at number one on the Billboard chart in 1975.