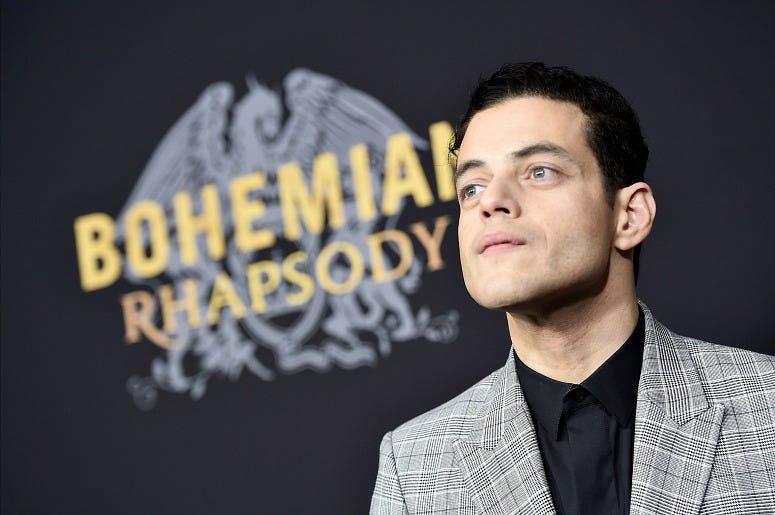 Bohemian Rhapsody, the Queen biopic starring Rami Malek as Freddie Mercury continues to rock the record books after three weeks in theaters. The film has now grossed 127-million dollars domestically, which is enough to push it into the second spot for highest grossing music biopics of all time.

The movie about the beginnings of the "We Will Rock You" band, traces the origins of Queen, and Mercury's struggles through sexuality, health, and friendship. It has made enough money to pass Walk The Line at the box office, the 2005 story of Johnny Cash.

The totals from the film may be enough to beat the Man In Black and his story, but it still has a bit to go before it can stand up to Dr. Dre and Ice Cube. Straight Outta Compton, the 2015 movie about the rise of N.W.A. and their career, was nominated for an Academy Award and made 161-million dollars domestically.

Rounding out the top five for all-time highest grossing music biopics is the Christian drama I Can Only Imagine and the Academy Award-winning Ray, based on the life of Ray Charles.

It will be a tough climb to the number one spot for Bohemian Rhapsody. This week the film came in third behind Fantastic Beasts and The Grinch.

The Hollywood Reporter recently took a look behind-the-scenes of Bohemian Rhapsody. Watch below to see what went into Malek's transformation into Mercury.