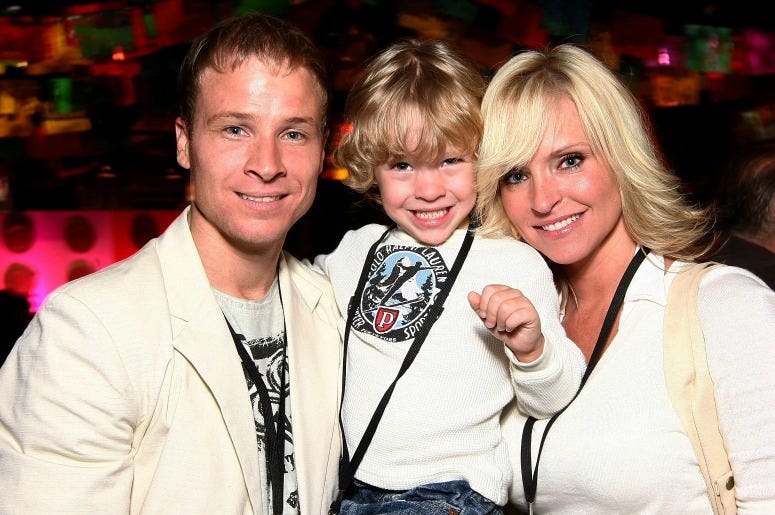 It seems like just yesterday we were bumping Backstreet Boys at the school dance, but the truth is, it has been a long time. Backstreet has come and gone, and oh my god, came back again!

The group is enjoying their resurgence, once again topping the charts, performing on MTV like the old days, and are set to embark on a world tour in 2019. The trek will take place once they finish up with their latest residency run in Las Vegas, and will support their new album they are releasing in January.

A lot has happened for the Backstreet Boys since they first entered our heart, including an expansion of the BSB family. There are now more kids then there are band members, with Brian Littrell's son Baylee Littrell being the oldest of them all. The 16-year-old celebrated his birthday on November 26th, and used the special occasion to release his very first single. It's a Country jam, that feels right at home beside some of today's biggest songs.

“My mom, dad and I were just talking about it one night and they said they thought now was the perfect time to start” Baylee tells People Magazine, who was on hand to capture his birthday party. "When it comes to family, it’s a completely different energy, so I’m so nervous to perform in front of my family.”

So cool to see Baylee make his own mark in music! Go listen to his new single #DontKnockIt! Out now: https://t.co/N6DVJrTKQv pic.twitter.com/hNsY5vTpJT

Baylee is no stranger to the spotlight, having starred on Broadway in the Disaster! Musical. The vibe of his song "Don't Knock It" was born out of an interest in Dad and BSB's collaboration with Florida Georgia Line. "I just thought it would be something to try, so seeing this go the way it did I think we just all realized this was a good path” he tells People.

“My dad has always been my champion, so he’s always told me to just do what I want to do and follow my dreams, and to do my best and not overthink it.”

You can check out Baylee's song "Don't Knock It" here, or listen to a clip below.