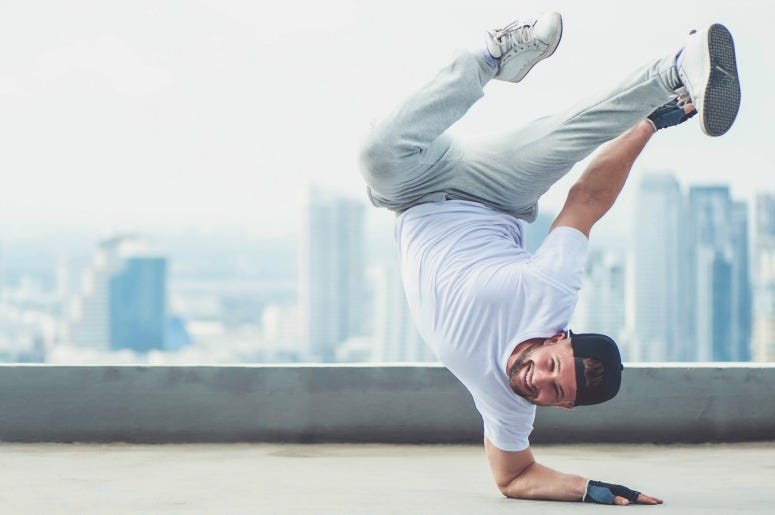 According to CNN, the sport of breakdancing has been included in an official proposal for new sports when the Summer Olympics come to France in 5 years. The International Olympic Committee will consider the sport, along with surfing, sport climbing, and skateboarding for inclusion in the games.

"We are pleased to see that Paris 2024's proposal for new sports to the Olympic programme is very much in line with the reforms of Olympic Agenda 2020, which is striving to make the Olympic programme gender-balanced, more youth-focused and more urban," explains the committee in a statement.

The three other suggested sports have already been approved to be a part of the Summer Games for Toyko 2020, so the spotlight really is on the popping and locking profession this time around. The IOC must make their decision by December of 2020.

"Urban, universal and popular sport with more than a million B-boys and B-girls in France, we propose to bring breakdance and its famous battles to the 2024 Games" the Paris host committee tweeted on Thursday.

This is not the first time backspinning and floorflipping has been a part of Olympic activity. Breakdancing was featured at the 2018 Youth Olympics in Buenos Aires, Argentina. Bumblebee from Russia and Ram from Japan are the reigning gold medal winners from that event.

As B-boy breakers rejoice, fans of squash, snooker and chess were not as lucky. Those sports made a play to be a part of the proposal, but ultimately were not included.

This will be the first time the Olympics have been in Paris since 1924. The city beat out Los Angeles for the opportunity to host.