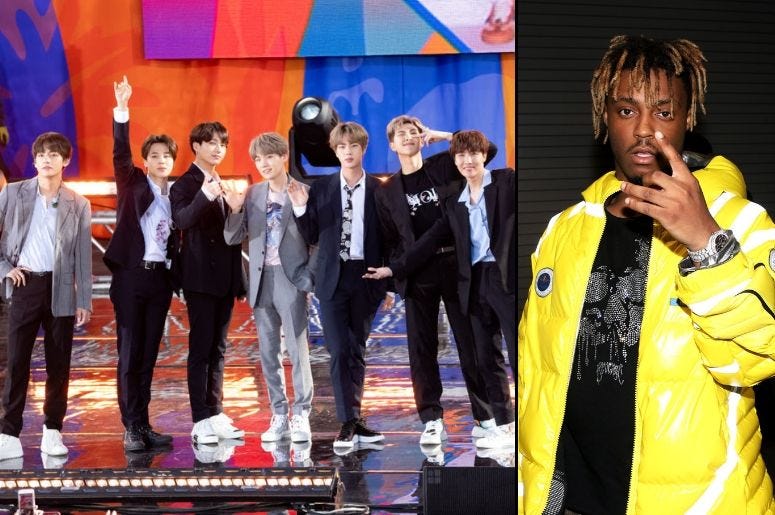 Another Friday, another gift from BTS.

The K-pop Kings have released another song from their upcoming BTS World game, due out on June 26th. It's another collaboration from the boys, this time teaming with Juice WRLD for the grinding groove and late night riding rhythm of "All Night". RM and SUGA take the spotlight this week, joining the rising rapper for the throwback feels.

"All Night" is the third collaboration released this month from members of BTS. Last week it was J-Hope and V joined by Zara Larsson for the sparkling "A Brand New Day", which followed the first release, "Dream Glow", with Jin, Jimin, and Jungkook taking the lead with Charli XCX.

All three songs are a part of the group's first game, BTS World, where you get to be manager from the beginning of BTS, and help the group grow to the worldwide phenomenon they have become. According to a release, "In addition to BTS WORLD's main story that allows players to foster BTS to become superstars, the game will feature individual stories with each BTS member appearing as the main character." You can find more details about the game here.

There will be a full soundtrack for the game released on Friday June 28th. "All Night" is now available everywhere.