It only took BTS 11 months to top the charts 3 times.

To the surprise of nobody, the K-pop group has debuted at number one on the Billboard chart with Map of the Soul: Persona, marking their third visit to the top in under a year. Previously BTS landed in the lead position with Love Yourself: Tear and Love Yourself: Answer in 2018, but the arrival of Map of the Soul: Persona stands as their highest sales week ever, showing that the phenomenon shows no sign of slowing down. 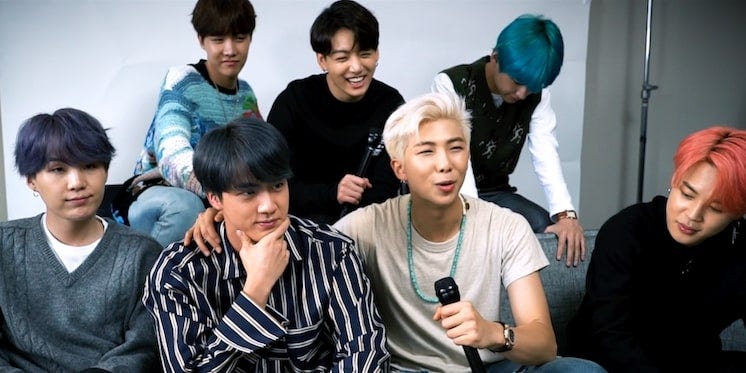 Future scored a 3-peat in six months over 2015 and 2016, with an assist from Drake on their collaborative album What A Time To Be Alive, but you have to go back 20 more years to find this level of achievement for a group.

The last time a group has had this kind of success was back in 1995, when a little band called The Beatles released three greatest hits albums over the course of 11 months and one week. Anthology 1, Anthology 2 and Anthology 3 all debuted at number one for the iconic group. Still, BTS has done so with all original, new material and an unmatched level of fandom. The last group to take the top spot quicker than BTS is The Monkees, who notched three number ones in 1967 in just nine months and three weeks

After a massive week of sales and an historic performance on Saturday Night Live, next up the boys sat down with CBS Sunday Morning to showcase their choreography and talk about what it takes to get back to the GRAMMYs. "We have to practice the same choreography, again and again" explains RM. "We have to keep the promise."

You can watch the full CBS Sunday Morning piece above. Map of the Soul: Persona is now available everywhere.