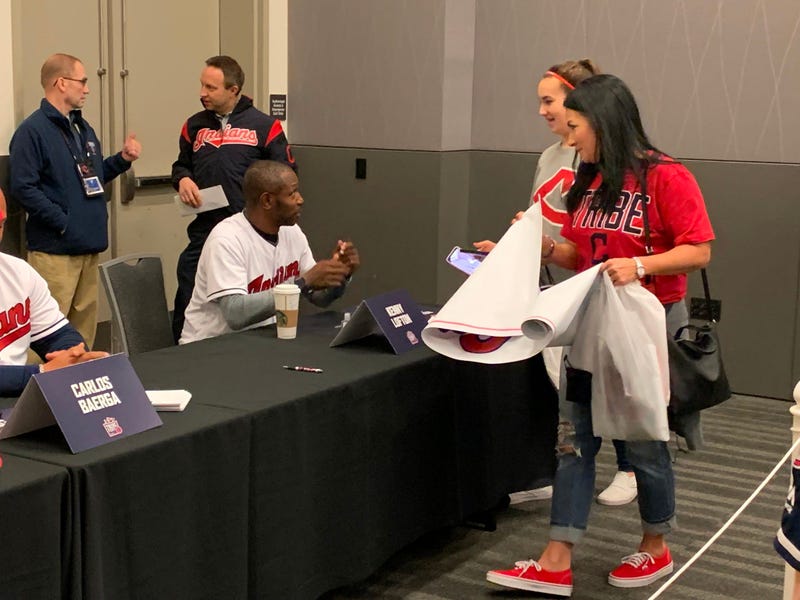 Camila Cabello is just better at 2018 than most of us.

The singer has reach some amazing heights since releasing her debut album in January. The "Never Be The Same" singer cleaned up at the award shows, was inescapable on the radio, and toured the country with new BFF Taylor Swift on the Reputation Tour. To say it's been an emotional run for her would be understatement. Hear more on what 2018 means to her in this interview below:

"There's just been so many full circle moments that happened" Cabello tells us this week. "I've done so many shows. I actually got an interesting statistic. I've met five-thousand-and-six fans from the beginning of my tour till the end of my tour."

"You can imagine how many stories that is, how many performances, how many times I've had a challenge of things I was nervous about. There's just been a lot of growth, and also a lot of full circle moments."

As we fall into the last few months of the year, Camila is ready to put a period at the end of an era, and she'll do so with her new single "Consequences."

"Emotional songs like that, are such a big part of who I am" explains Camila. "I picked it to be the last single from my album, because I wanted to kind of end this era with something that felt very me, and most importantly to me something that feels like I'm adding to whatever the story of music is right now. I always like to make things that I miss or want to hear. I want that song to come on the radio and provoke thoughts for people, and provoke feelings for people."

The video will be coming soon, but first Cabello will debut the song live at the 2018 American Music Awards. "Nervous and excited, for sure", she says of the upcoming performance, which you can see live from the Microsoft Theater in Los Angeles Tuesday, October 9 at 8 p.m. ET on ABC.