According to People, Camila Cabello has split with author and relationship coach Matthew Hussey.

The pair met while both appearing on the Today show in February 2018, and made their public debut earlier this year at an Oscar's after-party.

The breakup between the 22-year-old singer and the 32-year-old Hussey comes just a few days after the release of Cabello's latest collaboration with singer Shawn Mendes. The two released a sultry video on Friday for "Señorita", and have since offered up two behind-the-scenes looks at the making of the clip.

While part one focuses more on dance rehearsal and finding the most effective way to take Shawn Mendes' shirt off, part two arrives with the duo trading glances in a diner and romantic interactions in the alley. You can watch it above. 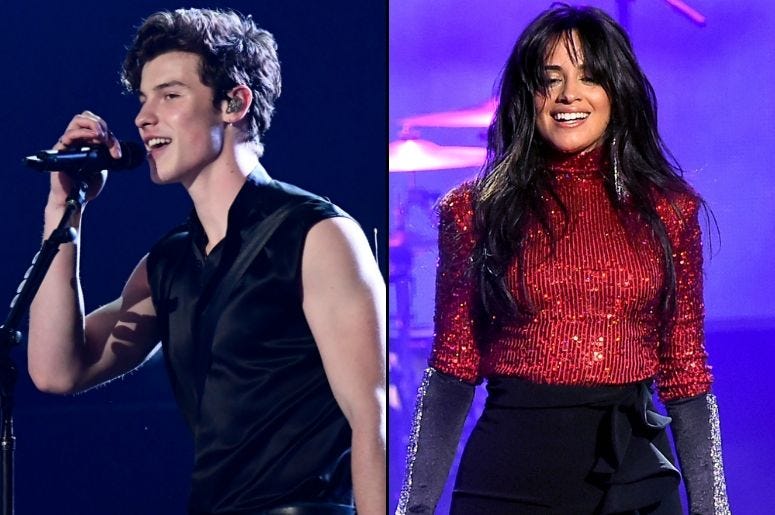 "Señorita" is the latest from these two longtime friends, who first worked together on 2015's breakout "I Know What You Did Last Summer." Last week, Mendes kicked off his world tour, as Cabello continues to work on her sophomore album. The "Havana" singer shared a note earlier this week, detailing the emotion that has gone into the follow-up to her self-titled success.

"Listening back to the songs I've written for this album so far and I just burst into sobs" she writes. "It feels really surreal and powerful that I can listen back to my life over the past year. I always get so insecure during the process and feel so much self doubt, but listening back I just feel like... at the very least, i hear my f***ing soul in these songs."