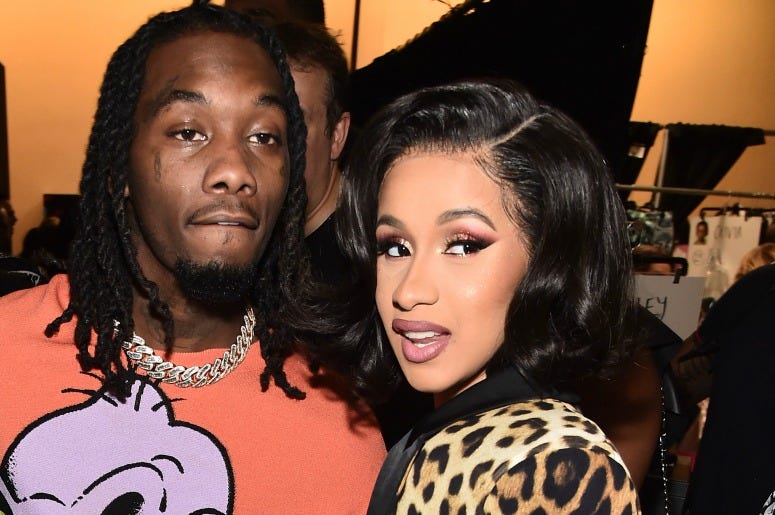 It's about to get lit in the Cardi B and Offset household.

The hip hop power couple and Kulture's parents are about to decorate not one, but two homes for the holidays. But before the ornaments get hung, and the lights get strung, there will be a battle to see who is picking up the tab on holiday decor. Tuesday on Instagram, Cardi B challenged her Migos member husband Offset to a rap battle to see who pays for the Christmas decorations in their New York and Atlanta homes.

In addition to setting a date for the Christmas throwdown, the "Money" singer has also recently revealed the release date for her husband's upcoming solo album. In a post earlier this week, she announced that the third and final Migos solo set from Offset would be released on December 14th. That's also the rapper's 27th birthday. The album will follow Quavo's QUAVO HUNCHO LP released in October, and Takeoff's The Last Rocket released earlier this month.

Takeoff recently performed "Last Memory" on The Tonight Show, and has just released the video for "Casper" from the album.