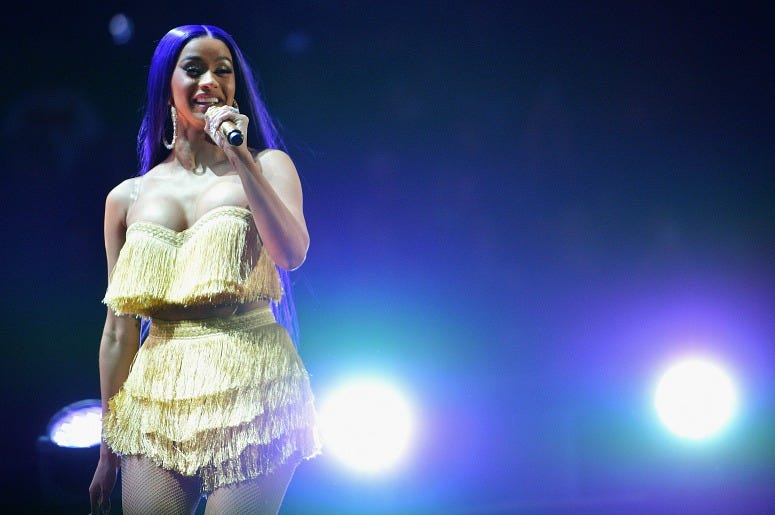 Cardi B has taken to Instagram to unleash some feelings about the government shutdown, posting a one minute rant about the impasse.

The Invasion Of Privacy rapper discusses government workers working without pay, the previous shutdown from the Obama Administration, and her fears about the current situation.

"Our country is in a hellhole right now, all for a f***ing wall” says Cardi. “We really need to take this serious. I feel like we need to take some action. I don't know what type of action bitch because this not what I do. But bitch, I’m scared. This is crazy. And I really feel bad for these people that gotta go to f***ing work to not get motherf***ing paid.”

After her comments, several US Senators debated on Twitter if they should use Cardi B's message to inspire support.

Omg, I had the same argument with myself 30 minutes ago!

Guys, I’m still holding my breath. Are you gonna RT Cardi B or not?

Cardi B is nominated for 5 GRAMMY awards including Album Of The Year. Meanwhile, she also released a completely different type of video earlier this week.

It's a self-explanatory, gyrating extravaganza for her song "Twerk" with City Girls.