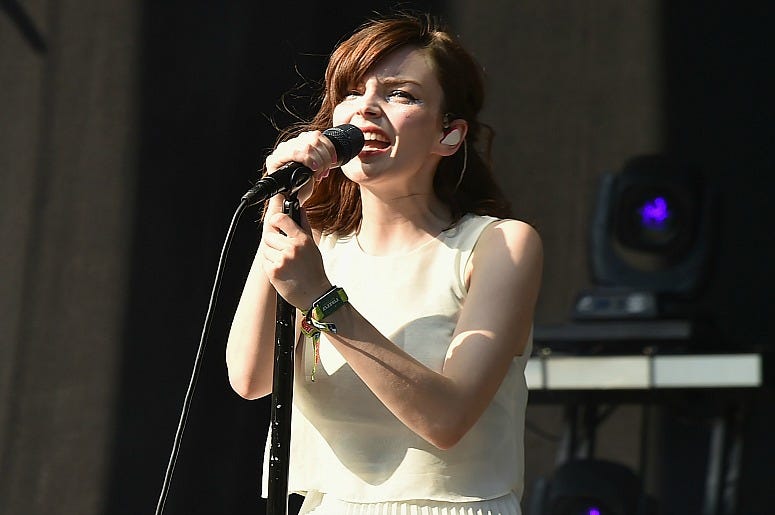 The allure of CHVRCHES has always been the beautiful voice of Lauren Mayberry. The way it reflects off of their shimmering synths and cuts through, simultaneously confident and tender. It has helped make the Scottish trio a success, pushing their latest album Love Is Dead to the top spot on the Alternative Album chart when it was released in May.

As achingly arresting as Mayberry sounds against the sparkling keys and the snap of the electronic drum, when the normal might of CHVRCHES is swapped for a string arrangement, it is something next level. That's what makes the brief but powerful new Hansa Session EP from the band so special.

Hansa Studio in Berlin has recorded artists like David Bowie, U2, and R.E.M., and is the location in which CHVRCHES reworked some of the songs from Love Is Dead in a beautiful, classical, orchestral affair. The plucking and swelling of strings spotlights Mayberry in a completely different way, forcing us all to pay attention.

The EP is available everywhere now.