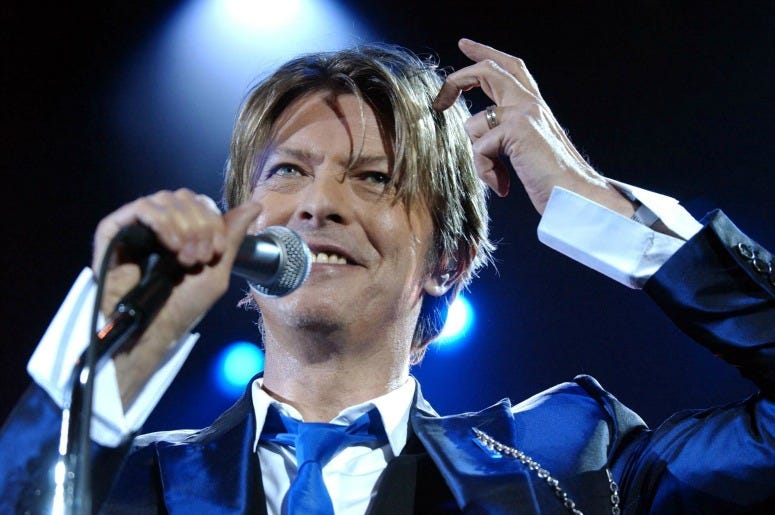 According to a new book from MTV host Matt Pinfield, David Bowie once expressed concern for Stone Temple Pilots frontman Scott Weiland and offered his help to the troubled rockstar.

In All These Things That I've Done: My Insane, Improbable Rock Life, Pinfield discusses an interaction he had with Bowie. The singer recognized Weiland's affinity for his work, and want to offer his support. “The last time I saw David, at the end of our conversation he pulled me aside and said, ‘I know you’re friends with Scott Weiland,” Pinfield writes according to NME. “‘Please let him know that I’m here to talk if he needs someone.’"

Weiland often covered Bowie throughout the Nineties, and spoke with Rolling Stone before his death about the singer saying, "“He’s my biggest influence musically, vocally and fashion-wise.”

"I think he spotted in Scott a kindred soul" Pinfield continues. "Not only musically – you can hear the Bowie influence so powerfully on STP songs like ‘And So I Know’ on their third album, and ‘Kitchenware & Candybars’ on Purple – but in terms of the demons he was fighting. So backstage at one of his solo shows I passed along that offer to Scott, and he said, ‘I’d love to talk to him.’ That was my final encounter with Scott. By the start of 2016, both he and Bowie were gone.”

Weiland died in December on 2015 from an accidental drug overdose. Bowie passed away one month later from liver cancer.