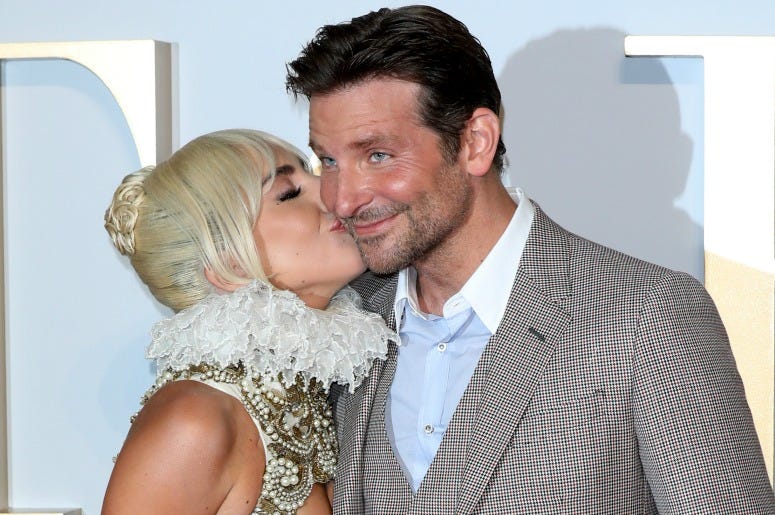 You can feel the anticipation building for A Star Is Born, the love story remake from Bradley Cooper and Lady Gaga. On October 5th we'll finally get to see Gaga in an already raved about role, singing with Bradley Cooper in his directorial debut.

Today we get our first real look at the pair singing together, as they have released "Shallow", the first song from the soundtrack for A Star Is Born. The soaring duet features Gaga in fine form, while Cooper shows off his new, yet already well-worn singing voice. Check out the video with clips from the film below.

Gaga stopped by Ellen on Thursday to talk about the film, saying it was "one of the most filling artistic experiences of my life.”

The "Born This Way" singer also played a game of Burning Questions will Ellen where she talked about her first kiss at age fourteen, and her first celebrity crush of Adrien Brody.