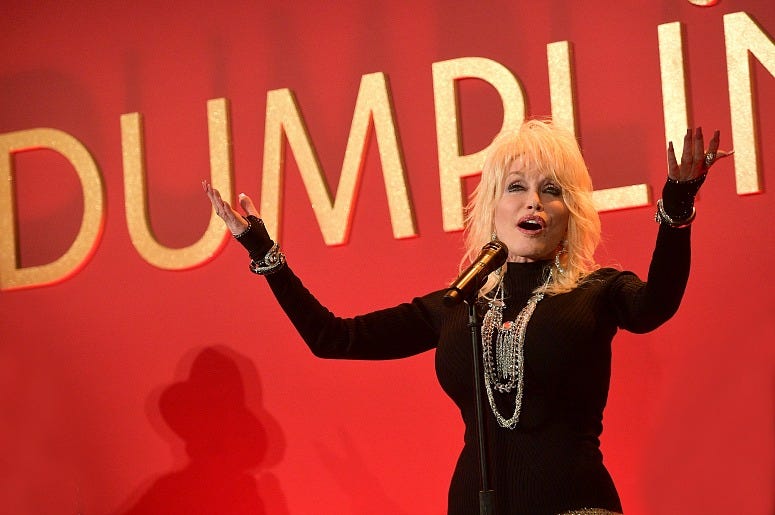 Dolly Parton has a few homes to handle, not to mention the one with the Wild Eagle and the Mystery Mine. When it comes to decorating for the holidays though, there's always extra cheer in every room.

"I've got a lot of rooms in my house, and I've got a Christmas tree in every one of them" she told Ellen Degeneres on Thursday. "They're all different sizes. I have different houses. I have a lake house. We decorate it kind of with the theme of that with water."

The iconic singer stopped by Ellen to talk about the upcoming Netflix film Dumplin', for which Parton provides the music. A mix of new music and Dolly classics are included in the Jennifer Anniston film that arrives on Friday.

Parton explained how her involvement went from a mention in the book, to licensing some of her songs, to writing a brand new theme song, to the full-scale soundtrack being comprised of music from the legendary singer. "I was saying yes to everything" she laughed.

One of those songs is "Girl in the Movies", which on Thursday morning was nominated for a Golden Globe. Parton performed the song along with Linda Perry, who produced the song and the soundtrack with Dolly.

Dumplin' is available on Netflix on Friday December 7th.