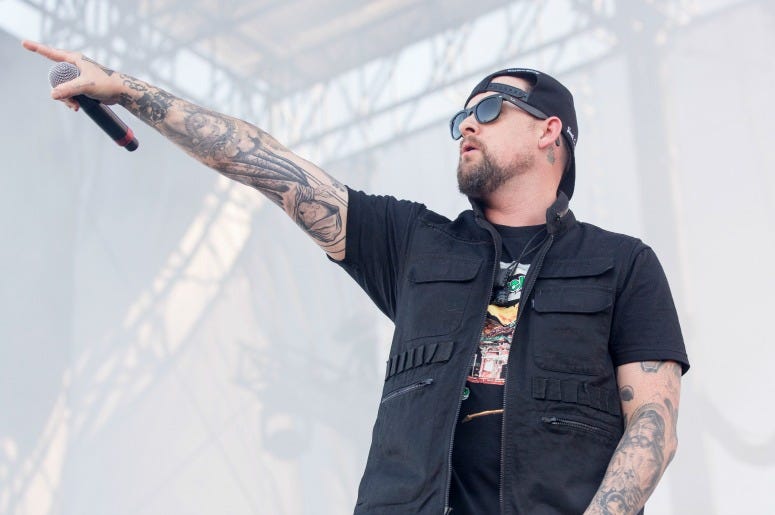 Good Charlotte just released their seventh studio album, Generation Rx on Friday. The album features the Madden brothers tackling some real world issues like immigration, the opioid crisis, and bullying in a much more serious turn.

The prescription was slightly different though when they stopped by The Late Late Show With James Corden to promote the album this week. Corden posed as a guru and offered the band his advice, including a collaboration.

“Collaborations are huge, and I’ve found someone for you guys to partner with” explained Corden. “Someone who will change everything.”

The end result is an off-key, over-mascaraed, spiked-vest Dr. Phil that you have to see to believe.

Good Charlotte did eventually get a chance to play without the services of Dr. Phil. The band delivered a blue-lit, solemn performance of “Prayers” off of Generation Rx.