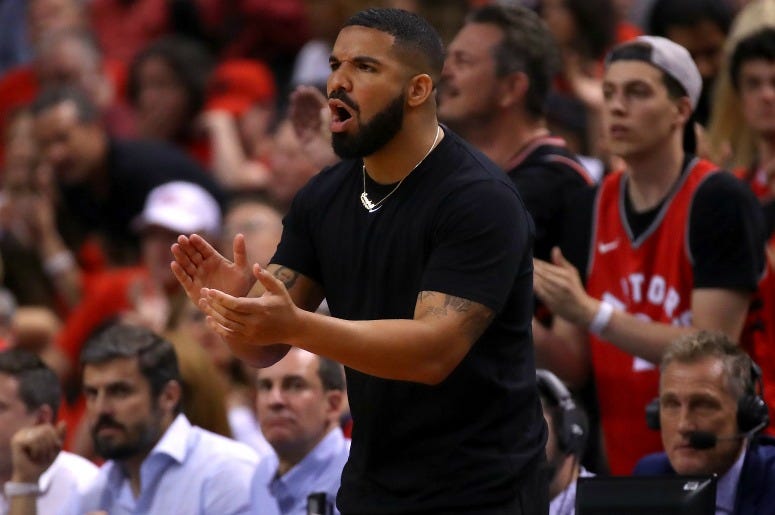 Oh Canada, what a time to be alive.

The Toronto Raptors have won the NBA Championship, and nobody is feeling it more than Drake. The Scorpion singer watched Game 6 from the Jurassic Park area outside of Scotiabank Arena in Toronto, and spoke to reporters passionately after the game, almost as if he played. "We did this off of heart. We did this off of love” he said, short of breath from excitement. "People like to make memes. Make another meme out of this. It’s beautiful. Look at my brothers up there celebrating. It is what it is.”

Drake speaking on the Raptors being the 2019 NBA Champions. pic.twitter.com/wKctbSB44N

"You see what my hat says? Not Finals, not Eastern Conference, not nice try, or see you next year. Champions. Lets go."

Drake became a fixture of the NBA Playoffs, appearing courtside and being warned by the league for his amped-up involvement. During the series against the Golden State Warriors, the "In My Feelings" singer often exchanged words with players from the team. Now with the win, the long victory lap begins for Drake. 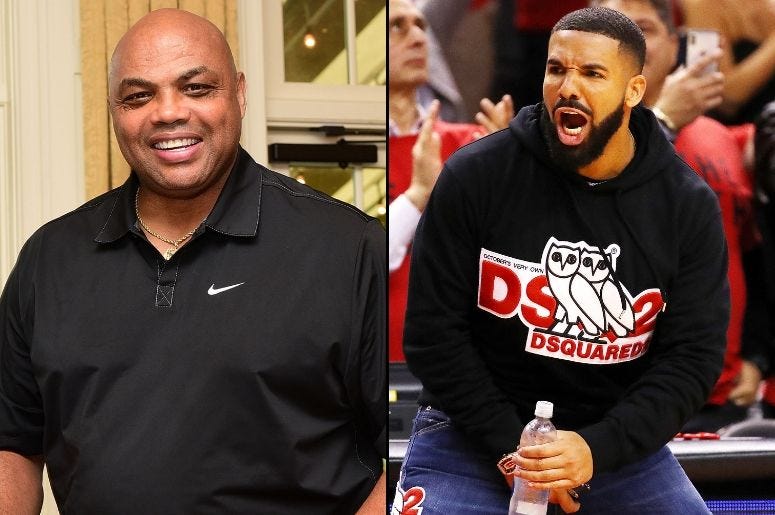 Charles Barkley Before Raptors Win: "I'll Knock the Hell out of Drake"

In celebration of the championship, Drake will release two new songs on Friday, promising a "2 Pack." The songs are “Omertá” and “Money In The Grave” featuring Rick Ross. They are the first two songs where Drake takes the lead since the MC dropped Scorpion in June of 2018. The album earned a GRAMMY nomination for Album Of The Year.

WATCH MORE: Over The Top Celebrity NBA Fans Obsessed with Their Teams