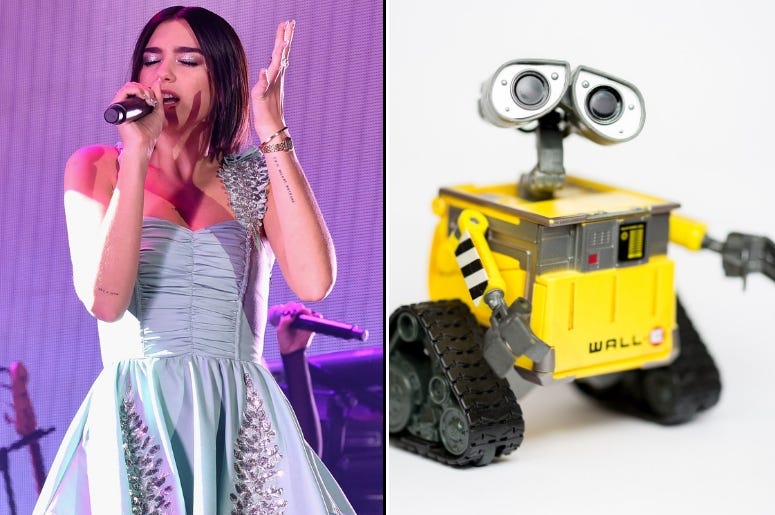 Dua Lipa has dropped the video for her new "Swan Song", and we're picking up some serious WALL-E vibes. Hear us out.

The song is a sweeping epic, building like a battle hymn into a post-apocolyptic banger. "I won't stay quiet, cause staying silent's the same as dying" she sings as the march of the drums pounds on and the chants swell underneath her.

The song is from the film Alita: Battle Angel, which is due out on February 14th. The battle of the machines and the main character from the movie are reflected in the video for the song, but it's Lipa's surroundings and her job that took us back.

As the camera sweeps down into the city, the mountians of trash stack up. Like walls along the street, Lipa and her crew pick through the trash and look for items of value. Just. Like. WALL-E.

As she goes along her way, doing her job, a giant being comes from the sky to disrupt her typical way of life. Just. Like. WALL-E.

She discovers herself in the mirror as Alita, the rebuilt being, and then has a martial arts inspired dance break with her. Just. Like. Well, that's not like anything, but the video is still like WALL-E. Tell us we're wrong.