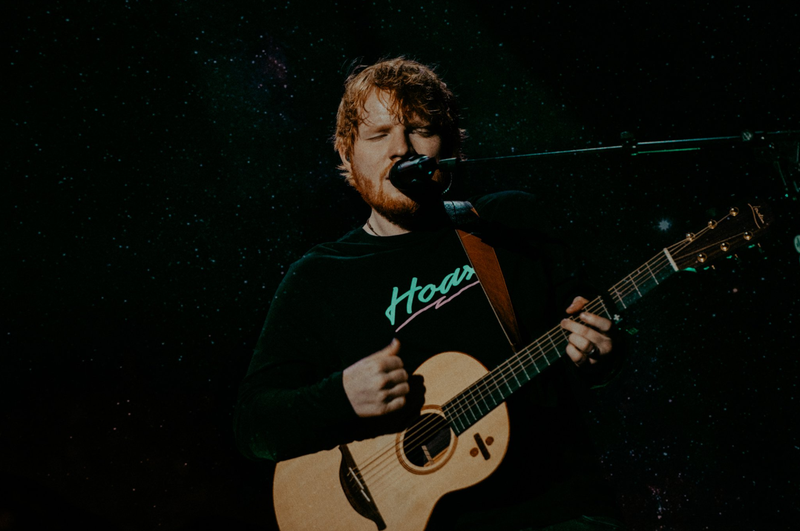 Ed Sheeran is currently filling football stadiums around the country, bringing his brand of sincere songwriting to the biggest crowds he has ever seen. According to Billboard, the North American leg of his Divide Tour is nearing the three-hundred-million dollar mark, and shows no sign of slowing. The tour continues into November, before it becomes soccer-stadium-sized for dates in South Africa and Europe in 2019. We had a chance to check out one Sheeran's recent stops, and here's what we saw. 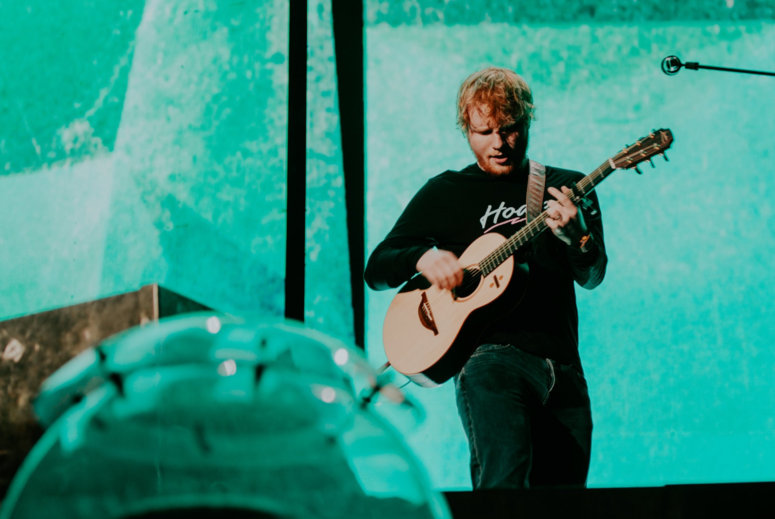 Ed Sheeran is a magician with a trick that never gets old.

Before you can begin to appreciate the tender moment of a crowd singing along to "Thinking Out Loud" or the stomping fun of "Galway Girl", you have to talk about the sheer wonder of watching Sheeran building songs in real time. When he first emerges on the stage alone, you're waiting for the band to follow behind him. They never come, and they're not needed.

Armed with only a loop station and a guitar, Sheeran stacks elements upon elements, all originating from his voice and hands, shaping the song and sharing it live. "Everything you hear tonight is completely live" he clarified after a stadium-shaking version of "Castle on the Hill." Harmonizing with himself, banging out his own beat on the shell of a guitar, looping his rhythm as his sings or raps along - it's not a one-off flexing of musical talent, it's a two hour clinic in musical magic.

"This is the biggest tour I've ever been on" Sheeran explained. "I wrote this song when I was eighteen-years-old and I never intended to play it in a stadium" he joked before playing his breakout song "The A Team." 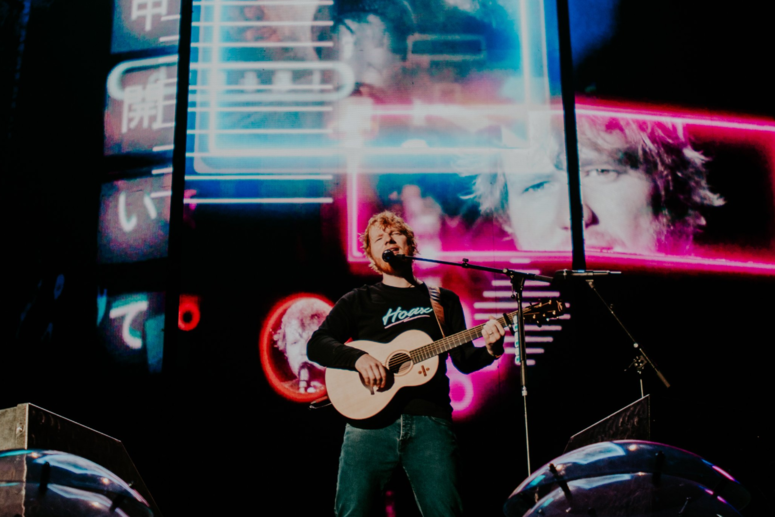 In front of a cascading video wall, standing at the center of stage, you get the impression that none of this was ever intended for a stadium. Sheeran certainly seems like a reluctant rockstar, one who has graduated to stadium-size out of necessity to accommodate the crowd and not out of any personal aspirations of grandeur. Sheeran is still unassuming in jeans and a long-sleeved t-shirt, joking about his awkwardness in crowds and those dads and boyfriends who have been drug to his show. He remains deeply personal and earnest, even with an audience that has ballooned beyond his imagination.

"If you don't know this song, you're at the wrong concert" he smiled as he slid into the ever-present and lovely "Thinking Out Loud." The crowd lit the arena with phone lights, in one of the evening's sweetest and simplest moments. 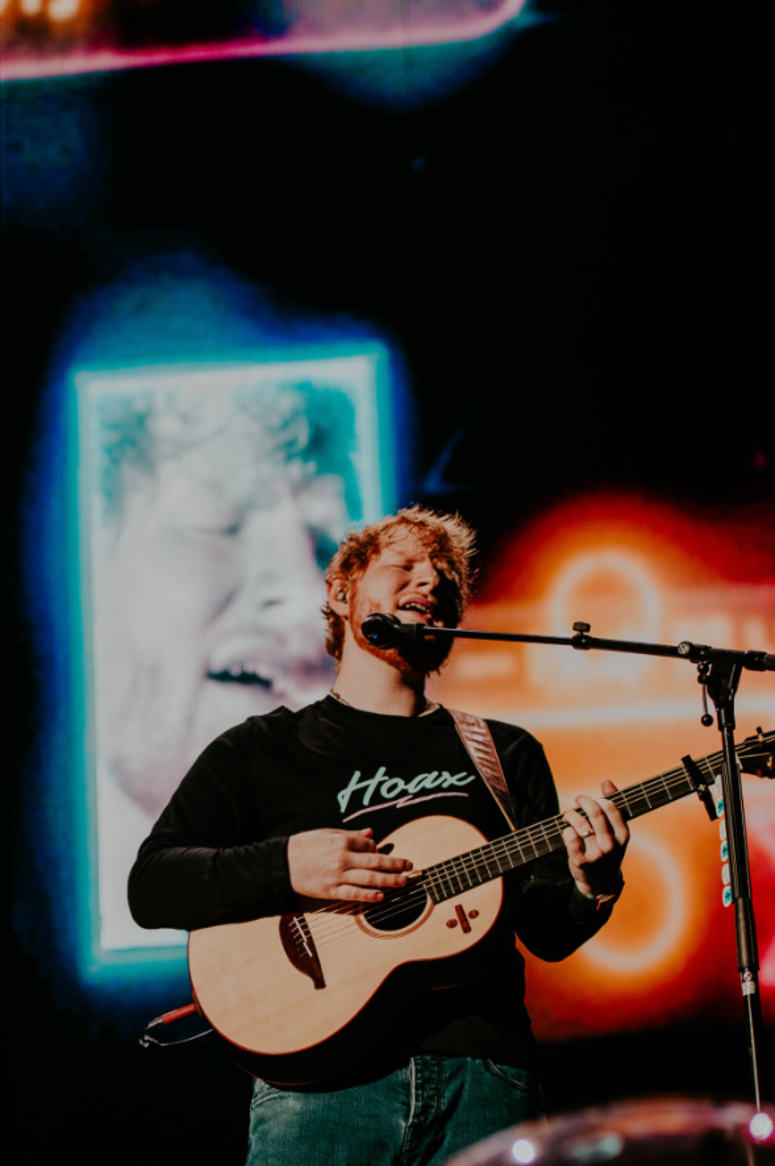 When he's not forcing a football stadium to share a loving look or quick kiss with ballads like "Perfect" or "Photograph", Sheeran bounces about the stage, living out his Hip Hop fantasies. In the quiet moments and in the big sing-alongs, no matter what the energy is, Sheeran's most amazing trick might be shrinking the size of the venue to connect with a community of fans, making the super-sized Divide Tour feel as personal as ever.

Ed Sheeran continues his tour this week with stops in Chicago, Nashville, and beyond. You can see the full list of dates here.