The summer of Sheeran is in full swing.

Friday, Ed Sheeran offered up another collaboration from his upcoming album, this time enlisting Chance The Rapper and PnB Rock for the protective and slinky single "Cross Me." The song comes just two weeks after the release of his smash partnership "I Don't Care" with Justin Bieber. 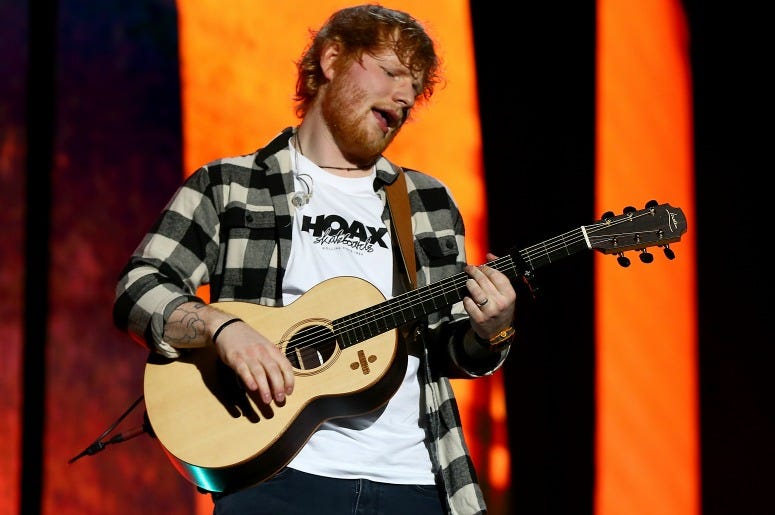 Everything We Know About the New Ed Sheeran Album

Both songs are set to be a part of Sheeran's just announced No.6 Collaborations Project, due out on July 12th.

"Before I was signed in 2011, I made an EP called No.5 Collaborations Project. Since then, I’ve always wanted to do another, so I started No.6 on my laptop when I was on tour last year" Sheeran wrote in a post Thursday morning. "I’m a huge fan of all the artists I’ve collaborated with and it’s been a lot of fun to make."

"Cross Me" marks Sheeran's first pairing with Chance The Rapper and PnB Rock. The song has been teased throughout the week, with Ed finally revealing the artists on Wednesday. On the 15 songs on No.6 Collaborations Project, there are a potential 22 guest collaborators, with only artists from the released songs revealed. Rumors are already flying about who might be involved, with previous partners Taylor Swift and Eminem seeming to be the most likely to appear.

Last week Sheeran and Bieber released the video for "I Don't Care", showing the two having some fun with a green screen for the bouncy summer song.

No.6 Collaborations Project is due out on July 12th, and is available for pre-order now.