When we spoke with Ellie Goulding last year, she was still putting the pieces in place for her upcoming album.

"I'm just figuring out exactly what I want on it" Goulding said shyly. "And figuring out if there's anything else left to write. Because I've written so much, that I wonder if there's still some things left to come." 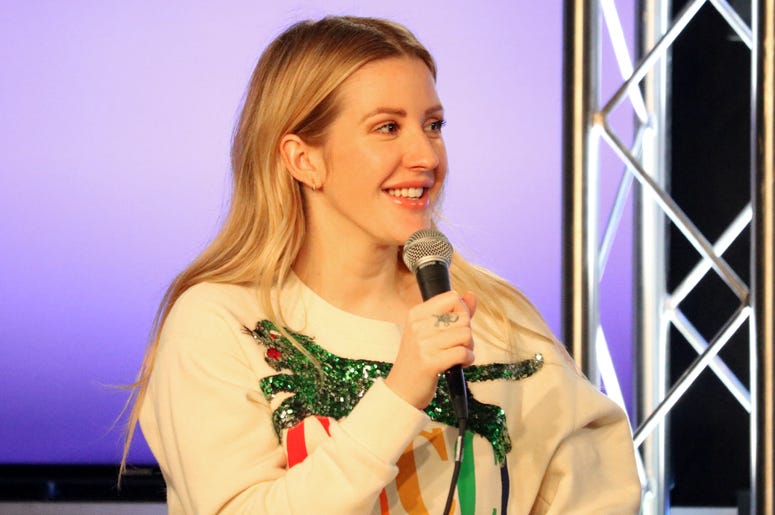 EXCLUSIVE: Ellie Goulding’s Ready to Release her Album Before Getting Married

Goulding managed to dig down into herself, and found something to write about by harvesting feelings from old relationships. On "Flux" she sings about an inability to move on even though she knows the reasons that she did. Ellie confronts the ghost that haunts her, tucked away like a secret but looming large like a burden. You can feel every vivid emotion as Goulding sings out over a sparse piano and strings. The pain of an unfinished love soaks through, and it's brought to life by the stunning black and white video for "Flux."

I can't wait to share the video for 'Flux' with you 🤪 pic.twitter.com/MoqT5m0RLo

Goulding is engaged to be married, and she explained to us last year how it has changed her focus when it comes to her career. "I have so much more at stake and so much more to lose" she explained. "I'll be really careful about how much I'm away and how much I'm cut off from my family and friends back home."

"I think you can do that. You can still tour and come back every so often, but I was so in it and I was so busy, and I convinced myself that if I wasn't doing this or I wasn't doing that, that my career was gonna go away."

"Flux" follows Goulding's smash "Close To Me" featuring Diplo and Swae Lee. Both are set to be included on her upcoming album, which still has not been officially announced.

For more from Ellie Goulding, check out our interview below.