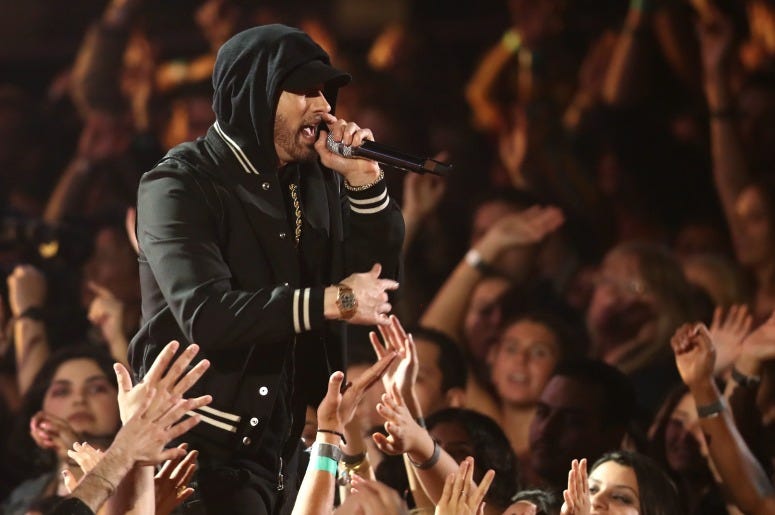 20 years after The Slim Shady LP first went off like a cultural bomb, Eminem is still repping Detroit and collecting GRAMMY nominations.

The rapper has taken time out from complaining about Netflix to look back over the past few weeks, first with the Expanded Edition of The Slim Shady LP, featuring instrumentals and new a cappella verses. Almost 20 years to the day, the "Guilty Conscience" MC has rereleased the album that first introduced him to the world. 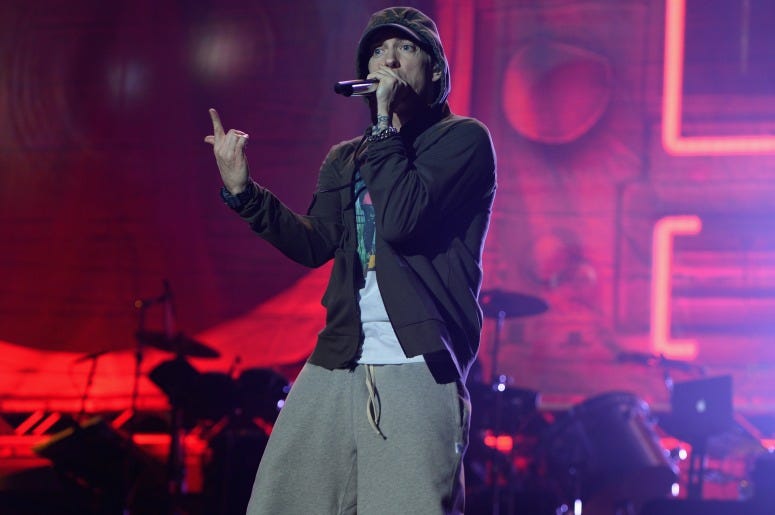 As groundbreaking as it was, it's not the album that Eminem holds highest. In an interview from Detroit with Sway Calloway, the rapper explains that The Marshall Mathers LP is the one that he's always competing against.

“I’ve felt like this for a long time. I’ve always been chasing 'The Marshall Mathers LP’ because I know that captured a moment, you know what I’m saying? It’s kind of like a time capsule, when I look back at it" he tells Sway. “S*** was happening so fast and spiraling out of control. I had a lot of rage.”

I took a ride with @RealSway for @FelixandPaul and @oculus’ Virtual Reality project Marshall From Detroit - check it on the Oculus VR Platform now: https://t.co/Hw63sIjlNE pic.twitter.com/jrlf86XW2H

“When people say they miss the old Eminem, I feel like it’s probably that. You miss the rage. I don’t have the rage anymore that I used to have but I still have the exact same passion."