"Man this is the most white dudes on one song since the Backstreet Boys" says Andrew Taggart of The Chainsmokers, as he shoots a satirical stare at Alex Pall. "So that's amazing."

He's talking about "Who Do You Love", the new collaboration between The Chainsmokers and 5 Seconds Of Summer. It's a crowded combination that reflects the best in both groups, and acts as a preview for their upcoming tour. The Australian sensation will join forces with the DJing duo on a North American tour, set to kick off this September. 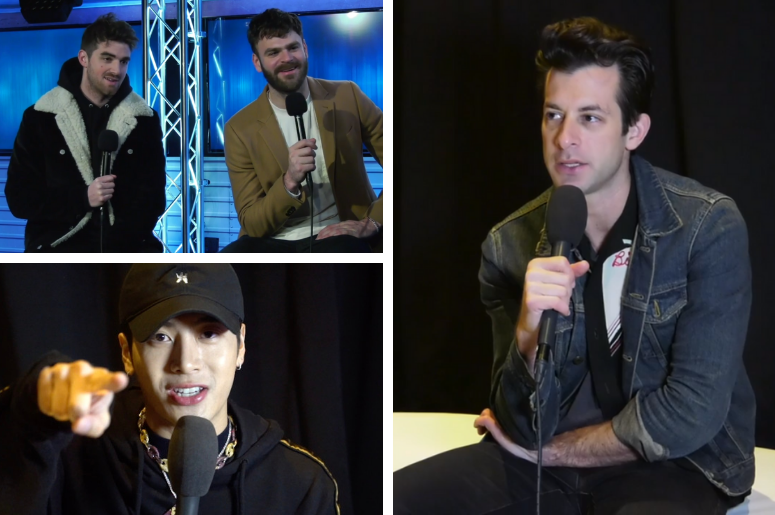 In our exclusive interview above, the guys talk about what fist caught their eye about 5SOS, and how this already profuse partnership started. "We didn't know that much about them when we met them, but we saw them live this past year, and they're an incredible band" explains Taggart. "It's like a really powerful show. I'm like, we have to get something with them."

The new song and tour announcement comes on the heals of an ambitious 2018, rolling out an album month by month, and distilling and expanding their sound. With Sick Boy now completely released, The Chainsmokers are moving forward with collaborations in the works with Juice WRLD and more to go along with their already rising "Who Do You Love." However, it hasn't stopped them from seeing how far they have come though, looking back on their beginnings and making their own way.

"We were always just doing things on our own" says Pall. "We were in New York, we were by ourselves, we weren't part of this European nation of DJs that were crushing at the time. I'm really proud. I fell like we can look back and say, no one gave us our leg up in this."

For more on The Chainsmokers collaboration with 5 Seconds Of Summer and working with their music heroes, check out the full interview above.