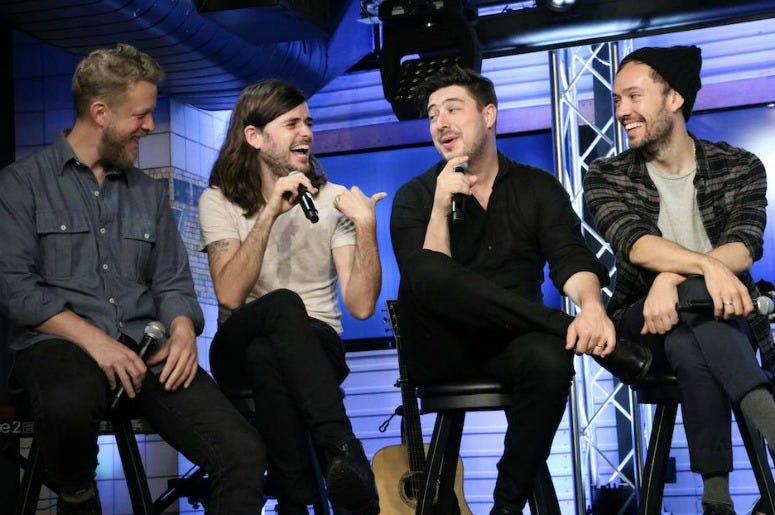 For most bands, there's an important moment when you first hear yourself on the radio. That sense of accomplishment, that sense of community when friends and family and strangers get to be a part of the art you've created.

It 's a memory that's different for everybody, and for Marcus Mumford it's a memory that's not even about his band. In fact when Mumford thinks back to radio "firsts", he remembers his good friends in the band Noah and the Whale.

"We were mixing in Soho, in London with Noah and the Whale, who are absolute heroes of ours" Mumford explains. "We got in the car to go home, and I was with the Noah and the Whale guys, and we heard their song on the radio."

"It was the first time I've heard any of our friend's bands or any of my mates on the radio, and we went absolutely mental in the car."

Fast-forward more than a decade later, and it's Mumford & Sons that are blaring from cars across the country, especially lately with their new single "Guiding Light."

The song is the first from their upcoming album Delta, which will be released on November 16th. You can pre-order the album here, and check out the band giving us a track-by-track rundown here.