"You know I'm trying to dry out these days right?" sneers Luke Bryan with a shot in his hand.

We've done the research, we've talked to the oddsmakers, we've even asked you and we still can't figure out what will win for Single Of The Year at Sunday's 2019 ACM Awards. We're tired from a night of Las Vegas living, so we decided to leave it up to science. We're talking about letting the liquor do the talking.

In the exclusive video above, we gathered our favorite Country stars like Lauren Alaina, Jimmie Allen, Maren Morris, Brooks & Dunn, and more to predict our big winner for Sunday night. The trick is each song has a shot associated with it. There's whiskey, rum, and of course tequila as five of the finest Country songs of the year compete for the crown. 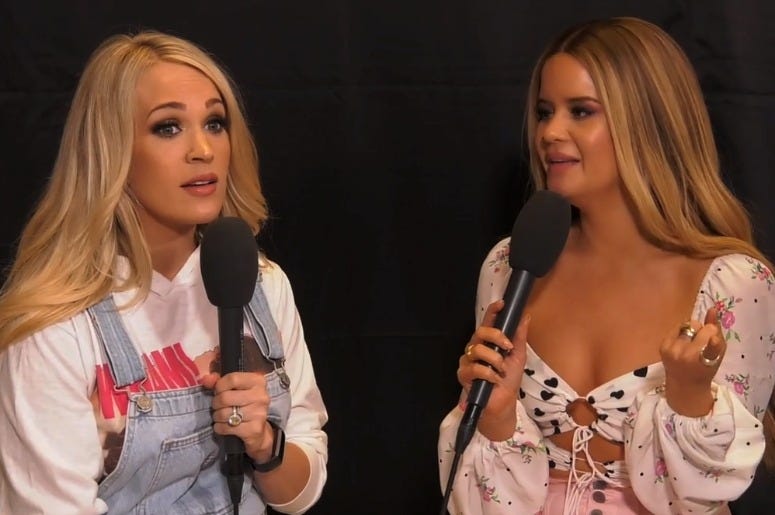 "We worked hard for this, we're gonna pick our own song" says Dan Smyers of Dan+ Shay, eager to chose "Tequila." They're not alone, with many choosing the anthem as their number one, and more than willing drink their choice. "Cheers to Dan + Shay" says Danielle Bradbery with a smile as she goes bottoms up.

Watch above for a day drinking, foolproof plan to predict the winner for Sunday, and be sure to watch when the 2019 ACM Awards happen live from Las Vegas on Sunday April 7th on CBS.

Don’t forget to check out our ACM Red Carpet Countdown hosted by Jake Owen on your favorite RADIO.COM Country station one hour prior to Sunday’s awards.