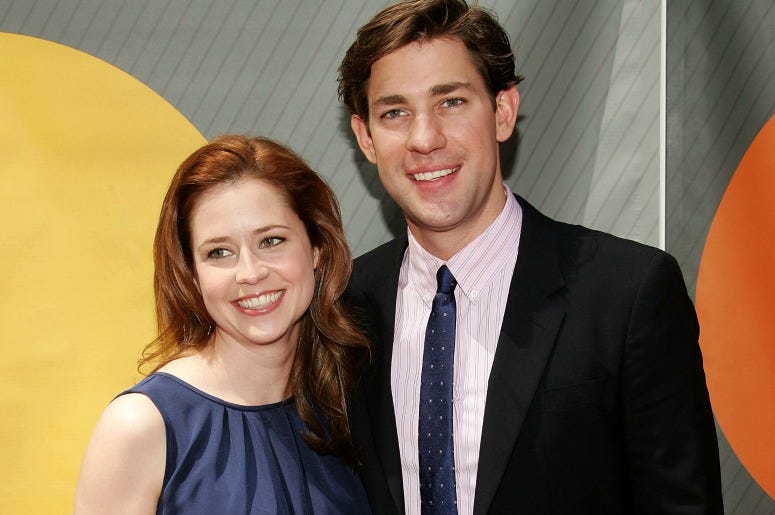 Maybe now that the Stanley Cup Finals are over, Mom and Dad can stop fighting.

John Krasinski and Jenna Fischer from The Office found themselves on opposite sides during the seven game series between the St. Louis Blues and the Boston Bruins, both rooting for their hometown teams while America waited anxiously for Jim and Pam to work it out. 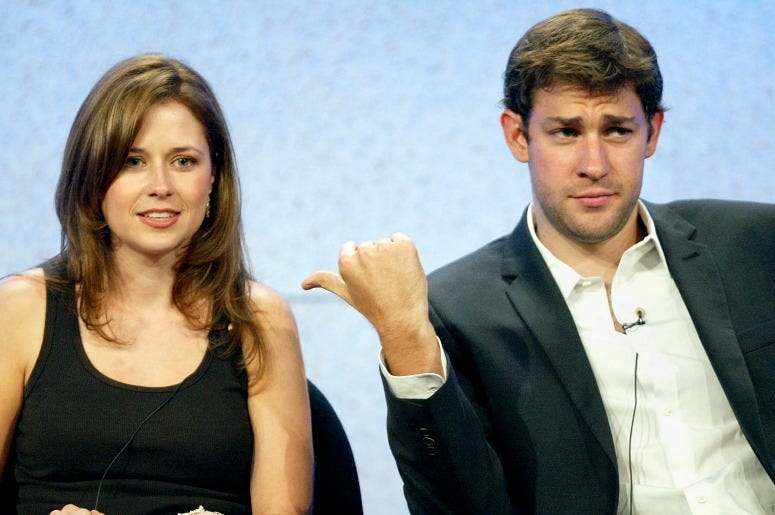 In the end, it was Fischer's Blues who won their first Cup in franchise history, but not before Krasinski took one last shot at his TV wife. In a video posted before the game, Krasinski sent a message to the star. "Jenna Fischer, I know we've been having our ups and downs recently. I just wanted to say, I'm really sorry you're not here" he explained from his seat. "This is your seat right here and I was really bummed that you couldn't make it."

As Krasinki goes on to detail his positive approach to game seven, the guest that took Fischer's seat squeezes by him. It's none other than David Denman, who played Pam's longtime fiancé before she eventually canceled the wedding for Jim.

Fischer also had to fend off tweets from Steve Carell, who also showed his Boston support before the game.

The Roy invite was a perfect troll from Krasinski, matched only by the response from Jenna Fischer. "Ha. Ha. Ha. Well played" she wrote. "Just be careful he doesn't leave you at the game."

You might remember, it was Roy who left Pam at a minor league hockey game while she was in the bathroom.

In the end, Pam gets her championship, Roy makes it to the majors, and finally our national nightmare is over. Not a bad day.